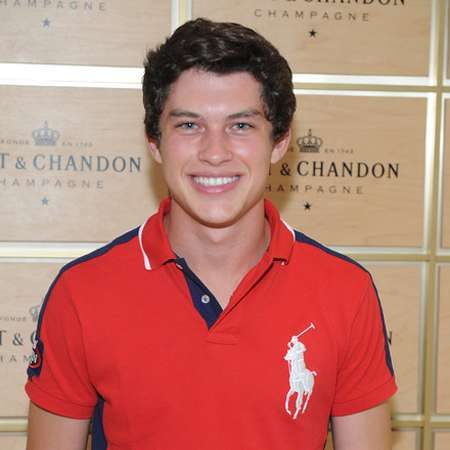 Graham Phillips was born on April 14, 1993 in Laguna Beach, California, United States of America. His birth name was Graham David Phillips. He was raised in his native birth place Episcopalian, United States with his parents. He is the son of mother Kathryn (Hale) and Layn R. Phillips. His mother is an attorney and his father is an attorney and former U.S. district court judge. His ethnicity is white. His nationality is American and he is United States citizen. His star sign is Aries. There is no any updated information about his siblings.

Graham Phillips attended St. Margaret's Episcopal School in California. In 2012 he entered Princeton University. From his interest in singing and acting he was involved in various events in the school and college.

He made his debut in acting from American television sitcom The King of Queens in 2002. Then later he was featured in Judging Amy in 2004. He also appeared in other television series like 30 Rock, The Good Wife and White Collar. He has also been nominated in many prestigious awards for his acting in The Good Wife.

Philips has been active in films too he has made his debut in film from 2004 movie Noel. Later he appeared in 2005 movie Love's Long Journey. In 2006 he appeared in The Ten Commandments: The Musical. He was also featured in many successful movies like Evan Almighty (2007), Ben 10: Race Against Time (2007), Stolen Lives (2009), Goats (2011), Innocence (2013) and Staten Island Summer (2015). He has been emerging as one of the superstar in the industry and he has not disclosed about his future plans and projects.

Graham Phillips is good looking guy with multi dynamic personality. His sexual orientation is straight and he has been linked with many beautiful girls in the past. He has many female fans and he is iconic actor among her female fans.

In 2007 he was linked with Haley Ramm. They dated for about a year and later their relationship came to end. In 2008, he was also linked with American singer and actress Allie Trimm. He was romantically linked with Singer and Actress Ariana Grande for 3 years. They had an affair from 2008. In 2008 they met during the making of 13. In December 2011 he ended his relationship with his girlfriend Grande after being in relationship for about three years. His current status is not known he might be single or maybe he is in relationship.

Graham Phillips has a very good look and perfect career. He has a perfect six pack abs for which he works out hard in the gym. He has brown hair and blue eyes. He has average height which perfectly suits his personality. He has net worth of about two million dollars and information about his salary is unknown. His fans visit his bio in the sites like IMDb and Wiki.