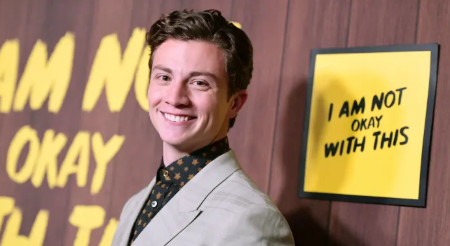 Famous for playing the role of Brad Lewis on the hit Netflix coming-of-age series I Am Not Okay with This, Richard Ellis is a young American actor. He is also known as Cocaine Johnny in Veronica Mars and Alex Peters in Should I Do It?

When Is Richard Ellis' Birthday?

Richard Ellis was born on March 12, 1994, in the United States of America. He is an American by nationality and belongs to the white ethnicity.

As per the report, Richard has a brother named Nick Ellis. Despite that, the information about his parents, family, and educational background is not available.

Ellis made his acting debut playing Sam / Michael in the short-film Two Introverts in 2017. He also worked as a producer in the movie.

After that, in 2019, Richards appeared in television shows and films as Veronica Mars, The Wretched, and Killer Therapy. The same year, he played Alex Peters on the TV series Should I Do It? along with Sophia Gasca, Rose Han, John Henry, Sara Murphy, and many more. 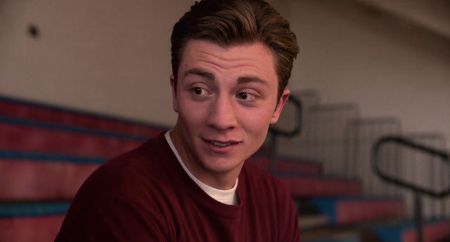 CAPTION: Richards Ellis on Netfix's series, I Am Not Okay with This SOURCE: IMDb

Again, in 2020, Veronica Mars actor portrayed the recurring role, Brad Lewis in an American coming-of-age comedy-drama web TV series I Am Not Okay with This along with Sophia Lillis, Wyatt Oleff, Zachary S. Williams, and Kathleen Rose Perkins. Also, she became a part of short-film, Red Flags, and series, Acting for a Cause.

26 years old Ellis' current relationship status is not clear. To date, he is successful in keeping his personal life away from the media.

Neither Richard has talked about his private life in any of his interviews nor he is spotted with anyone in public. Thus, he seems single as of 2020.

I Am Not Okay with This actor Ellis is active on Instagram with 214k followers s of September 2020. According to the Influencer Marketing Hub, he earns around $648 to $1,080 per sponsor post with an engagement rate of 19.85%.