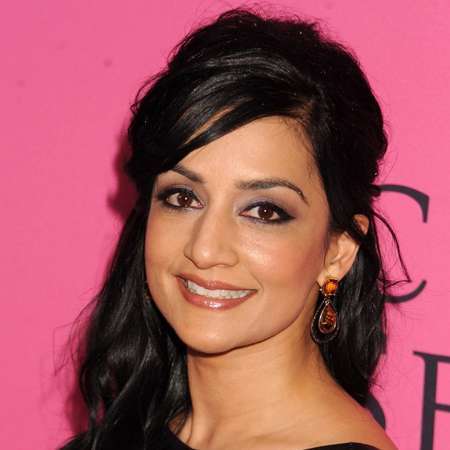 Archie Punjabi is a British actress of Indian origin who is known best for the portrayal of the role of Kalinda Sharma on the show The Good Wife. She has also appeared as Asra Nomani in A Mighty Heart, Pinky Bhamra in Bend It like Beckham, and Yasmin Husseini in Yasmin.

Archie Punjabi was born on 31st May 1972 in London to her father Govind and her mother Padma Punjabi. Her parents are Sindhi Hindu immigrants from India.

Born as Archana, she studied and graduated with a degree in management from Brunel University in 1996. She started appearing on television and film since early 1999. She appeared in the comedy East is East and on the BBC series Life on Mars.

She appeared first in Hollywood on the Oscar-winning The Constant Gardener and also appeared in the 2002 film Bend it Like Beckham. A Good Year portrayed her as Gemma after which she appeared as Asra Nomani in A Mighty Heart in 2007.

Also a voice actress, she has provided the voice in several characters in animation dramas like Postman Pat and Dead Space: Extraction. She was cast as Kalinda Sharma on the CBS television series The Good Wife in 2009 after which she played Saamiya Nasir in The Infidel. The BBC Two drama series The Fall cast her as Tanya Reed Smith in 2012.

For her role as Kalinda in The Good Wife, she has earned a Primetime Emmy Award in 2010, NAACP Image Award on 2012, Golden Globe nomination, Emmy Nominations as well as three Screen Actors Guild Award nominations with the cast.

She is a partner of Amnesty International’s Stop Violence Against Women campaign and has participated in Harvard's Artist in Residence Program.

She has accumulated a net worth of 3 million dollars through her acting credits and her salary, however, is not known. She has a height of 5 feet and 3 inches and an appealing face and body liked by her fans.

As far as her personal life is concerned, Archana Punjabi is a married woman. She has been married for the past 18 years to Rajesh Nihalani. She married him in 1998. Her spouse is a tailor and they got married through arrange marriage which is common in Indian households

She has never been speculated to be lesbian or bisexual. This pretty beauty seems to be getting along pretty well in her marriage and no questions of divorce or marital problems have ever come up about them.