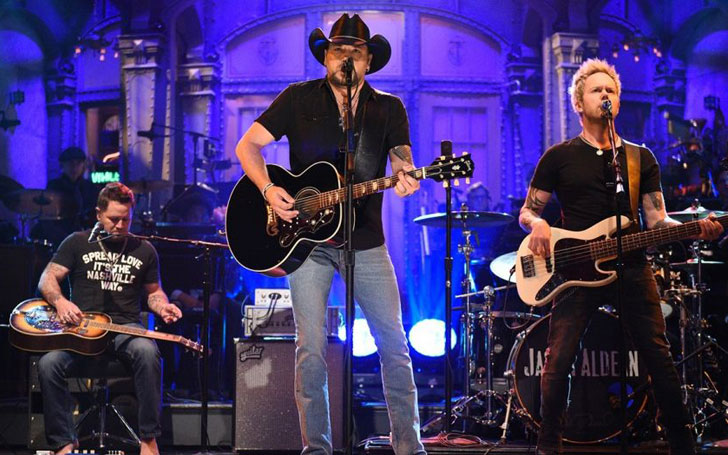 Saturday Night Live has broken its format on its latest episode on 8th October on tributing the victims of 'The Las Vegas Massacre' of October 1. Jason Aldean, who was performing at Route 91 Harvest Festival when the heinous massacre happened, opened the show on Saturday with his words and covered the song of late Tom Petty.

Read More: Heroic Smith Shot in Neck While Helping People Out of The Las Vegas Massacre

This week we witnessed one of the worst tragedies in American history. You can be sure that we're going to walk through these tough times every step of the way. Because when America is at its best, our bond and our spirit? It's unbreakable.

After his short statement, he along with his band tributed the victims with the late Tom Petty's "I Won't Back Down" from the 1989 album Full Moon Fever. Petty died of cardiac arrest on 2nd October, a day after the shooting.

It wasn't the first time SNL paid tribute to a tragedy though. Before, The New York CIty mayor Rudy Giuliani opened the show after 9/11 attack followed by Paul Simon's performance. Similarly, the show began with a children's choir's performance of Silent Night after the tragic mass shooting at Sandy Hook in 2012.

Stephan Paddock began the open fire during the concert at the 91 Route Harvest Festival which resulted in the death of 59 people and left over 500 people injured. The gunman ultimately shot himself to death on the 32nd floor of the Mandalay Bay Hotel.