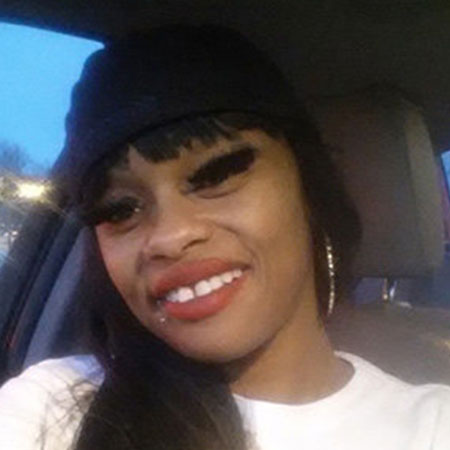 Hunter is a Dominican as per her nationality and as far as her ethnicity is concerned, she has a mixed ethnical background.

As of 2019, Hunter owns a company, Grind Entertainment which was founded in 2014. She also worked at the EOTM Radio and Media. Moreover, she is a vlogger and often takes to her social sites to post a wide range of video vlogs. Her muses include encouraging and motivating followers and well-wishers.

Also, she is also a motivational speaker, who advises focussing on gratitude, hard work. Besides, she has also worked as an actress who has worked as a movie extra in some films.

Hunter summons a decent amount of money as the Chief Executive Officer of a talent company, On My Grind Entertainment and Promotions LLC since 2014. There is no information regarding her actual income, however, we consider she earns a good sum of money from her work.

As of 2019, her exact net worth has not revealed yet, but her daughter Blac Chyna's net worth is estimated to be around $4 million, as per celebrity net worth.

Shalana Hunter aged 50 (2019) is possibly single at the present time. She was previously married to Marcellus Hunter. The couple got married in October 2012. After one year, her husband filed the restraining order against Hunter.

As per their legal documents filed in Maryland’s Prince George County court, Shalana was a threat to her husband. Moreover, Marcellus claimed that Shalan was violent when she was angry and started a physical altercation.

He also said that Hunter threatened to harm him. Later, the court ordered the restraining order to Hunter until August 2014. On 27 December 2016, Hunter filed for a divorce from her husband and their divorce was finalized on 20 March 2017 at the Prince George County court.

Previously, Shalana was in an affair with Eric Holland, a serial criminal with a huge catalog of charges and convictions. The former couple has a daughter, Blac Chyna, born on 11 May 1988. At that time, Hunter was just 17 years old. As of 2019, Hunter lives in Washington, D.C.

You May Interested In, Countess Vaughn, Oluchi Onweagba, Conchata Ferrell, and Jacqueline Alemany.

Once, in an interview she said, she is one of the biggest admirers of Rob Kardashian even after her daughter split from him. Below, we present you a video of Shalana Hunter's interview with Hustle Firm Radio. Here she talks about  Rob Kardashian, Tyga, and others.