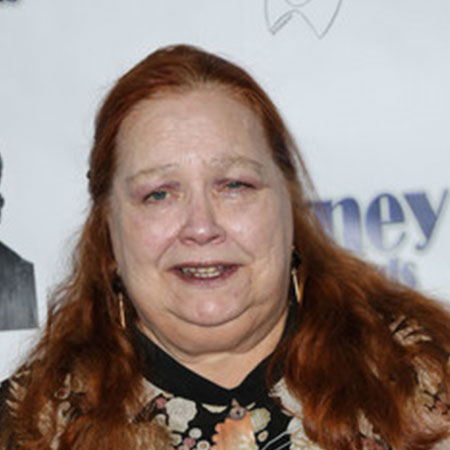 Primetime Emmy nominated actress Conchata Ferrell is a regular sight in sitcoms but she is most popular for her role as Berta in the worldwide hit series Two and a Half Men. Her acting as the snarky and sarcastic comedian is as famous as they come in the TV realm. The American actress is considered one of the funniest actresses on TV.

Conchata Ferrell was born on March 28, 1943, in Loudendale, West Virginia, the USA under the star sign Aries. She was born to father Luther Martin Ferrell and mother Mescal Loraine. She grew up in Charleston, West Virginia, USA.

Ferrel is an American by nationality and belongs to White ethnicity.

Ferrell went to West Virginia University but dropped out after two years. Then she did several jobs before enrolling at Marshall University from which she graduated with a degree in history education. She performed acting for the first time on stage at Marshall University where she did a role in the second Barfenon Review, a skit comedy, and musical production.

Ferrell’s career began as a stage actor for the Circle Repertory Company. Then the actress worked on several TV shows before making her TV debut in 1974 with an episode of Maude. She got her first major role in 1975 in Hot l Baltimore.

In 1977, she played a role on the TV short Mixed Nuts as Nurse Ca s sidy. The same year, she acted in her first TV movie The Girl Called Hatter Fox. After this, she worked in several TV shows and movies including Murder, She Wrote, Backfield in Motion, and A Peaceable Kingdom.

The following video is an interview of Ferrel on the red carpet of The 2nd Annual Carney Awards.

She got her breakthrough role in 2003 when she was cast to play Berta in Two and a Half Men. In the first season of the series, she played a recurring role but from the second season, she was cast as one of the main roles until its last season in 2015.

For her excellent work in the series, she was nominated twice in the Primetime Emmy Award for Outstanding Supporting Actress in a Comedy Series. During her time on the show, she worked with world-famous stars like Charlie Sheen, Orson Bean, and Melanie Lynskey.

Meanwhile, she won 3 awards, the Drama Desk Award, the Theatre World Award, and the Obie Award for her work in The Sea Horse.

From her over three-decades-long career in show business, Ferrell ama s sed a net worth of $7 million. She made a decent sum of money from her extensive hard work and dedication to her career. The actress was one of the highest-paid supporting actresses on TV when she was working on Two and a Half Men.

When she was working on Two and a Half Men, she reportedly received a salary of about $150 thousand per episode as per data from 2013. Similarly here is also a list of her movie earning.

Is Conchata Ferrell Married Or Divorcee?

Due to her somewhat chubby appearance, she gained a lot of media attention when she lost weight. Her weight loss was the headline for many tabloids at the time.

There is no information regarding her past affairs and other boyfriends before she started her relationship with her current husband.

Conchata has a chubby body shaped but once got the limelight just because of the heavy amount of weight loss.

The 76 years old, is diagnosed with Type-2 diabetes. Due to this reason, everything she consumed is of sugar-free.