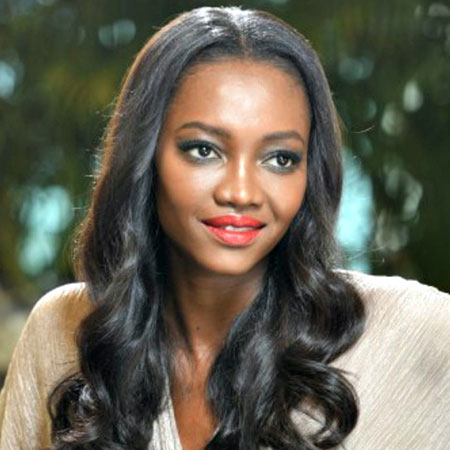 Oluchi Onweagba is a Nigerian supermodel, television personality, and entrepreneur. She is very famous for exposing the world to Africa as a source for supermodels. When she was 15, she won the competition Nokia Face of Africa. She has also walked the runways for the famous brands including Gucci, Carolina Herrera, John Galliano, and Massoni. As a model, she runs her own modeling agency named OModel Africa.

Oluchi Onweagba was born on August 1, 1982, in Lagos, Nigeria under the birth sign Leo. Her father is a civil servant and mother is a former nurse. She grew up in the suburbs of Lagos, Nigeria with her two brothers and sisters.

After completing primary education in Nigeria, she relocated to New York and attended New York University. She graduated from there with a Bachelor’s degree in Leadership and Management. She was interested in modeling since her childhood and she pursued a career in modeling after her graduation.

Oluchi Onweagba was only 17 when she participated and won the Nokia Face of Africa competition in 1998. After she won the competition, she signed a modeling contract with Elite Model Management. The same year, she debuted on the runway for the designer Marc Bouwer. Later, she was selected as the cover girl for Nars Cosmetics.

After she moved to the New York City, she began appearing in editorials for American and Italian Vogue. In September 1998, Oluchi walked the runways for several renowned brands Gucci, Carolina Herrera, John Galliano, Massoni, and Tommy Hilfiger? The following year, she appeared in advertising campaigns for Ann Taylor, Clinique, Bergdorf Goodman, Gap, and the Banana Republic. 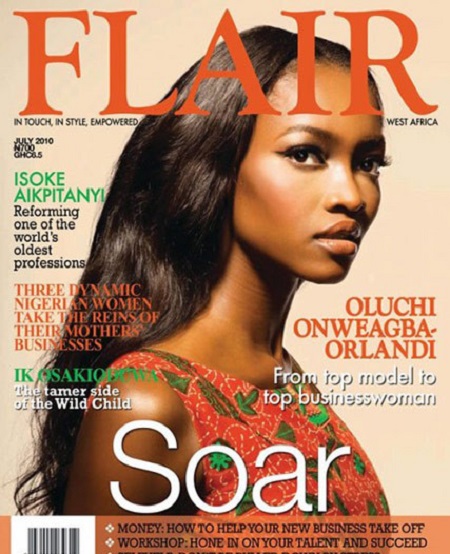 Besides, she landed her first acting role in 2004, from the film After the Sunset. In 2005, Oluchi launched her own modeling agency named OModel Africa which has offices in Cape Town and Johannesburg. Currently, she works as a host and head judge of Africa’s Next Top Model.

Oluchi Onweagba has an approximate net worth of $2.5 million. Oluchi has collected a decent amount of money through her modeling work, as well as from her modeling agency and as a host of Africa’s Next Top Model.

Talking about her personal life, Oluchi is a married woman. She got married to Italian fashion designer, Luca Orlandi, 52, who used to be her best friend before the pair started their relationship. They got married in August 2005. After their marriage, they gave birth to their first baby boy Ugochukwu Orlandi. Later, she and her husband Orlandi gave birth to their second son, however, his name hasn't been revealed yet.

She is living a happy life with her spouse in New York With their two young sons. Oluchi is active on social media Instagram, as of 2019 she has about 110k follower on her account. She frequently shares photographs of her along with her husband and sons on her Instagram.

In the video shown below, Oluchi Onweagba talks about her modeling career and shares her experience in the fashion industry.

You May Also Like: Oumie Jammeh, Candice Swanepoel, Nomzamo Mbatha, and Tyra Banks