Seyi Ajirotutu's Cheating Scandal: How Is His Married Life With Wife Autumn Ajirotutu Post The Controversy 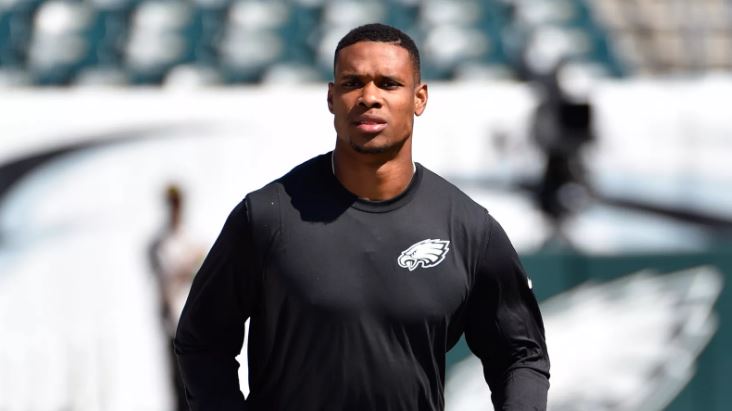 Seyi Ajirotutu despite being an American football wide receiver and a special teamer, he is popular for whole another and wrong reason. He grabbed national attention when found cheating on his wife Autumn Ajirotutu.

What was the real story behind the cheating scandal? What was his wife's reaction? Is the couple still together? We have all the details here.

Did Seyi Ajirotutu Cheat His Wife?

Seyi Ajirotutu has been accused of getting phoney with a random unidentified girl found on the social networking platform.

Well talking about the scandal's disclosure, an email was first dropped to the mystery solver popular blog Baller Alert. The portal flashed the conversation attached with the email while Autumn Ajirotutu was starring on WAGS season 2 along with Kelly Kelly, Olivia Pierson,  Sasha Gates, Natalie Halcro, and Nicole Williams, broadcasted in E! TV channel.

Here read the attached evidence of the conversation between Seyi Ajirotutu and the unidentified girl.

The girl wrote along with the attached photos:

I Began Watching The Show And Recorded It To See His Wife. She Was so Vain And Bragged On Her Husband. While I Watched, I Was Thinking “Girl Your Man Ain’t S***”. At This Point, Me And Seyi Were Still Going Back And Forth In The DM’s. I Never Let On That I Knew That His Wife Was On The Show. However, In The Conversations On The DM, He Did Let Me Know He Was Married. So I Finally Gave Him My Number And We Began Texting. In The Beginning, I Used To Delete Out Texts But I Started To Save Them Because He Started To Get Shady And Shadier. -The mystery women

The chat is the proof of Seyi clearly being involved with other women. In the conversation, he is seen talking about sharing the pictures of private parts and wishes to see the girl in person.

Those intimate conversation and pictures are the proof that Seyi is actually not a hundred percent family man and not an idol portrayed by her wife.

How Is Seyi Ajirotutu's Married Life After The Cheating Scandal?

Seyi and Autumn Ajirotutu are still living a happily married life without the sign of getting a divorce. Their relationship bond is now much stronger than before the cheating scandal.

Recently, they both posed for Shustringmagazine and gave an image of their still running strong relationship. On Instagram Autumn posted a photo along with the caption: 'I love you so much, babe! Despite the bs people "think" they know, want to read or believe from a show. Your family and friends know who you are and that's all that matters. Thank you for being you!  Happy 4th!' to support her husband.

Likewise, in an interview with Bossip she said:

I do not think it is major concern from just the wives I believe it is a concern with the women in general. But to answer your question, how do I deal with it??? I don’t deal with it. It’s not an issue in my household. My husband is a homebody.

To be honest with you I didn’t have many friends that were associated with a player before I got married, so I’m sure they side eyed me too. But not because of me being a girlfriend, but more so of who is she, what is she about, what are her intentions and will she stay around. I never was treated as an outsider. However, the organization does treat married couples different than single girls. I can’t speak for every situation, but I can speak on mine.

It is even said that this was literally the attempt to break their relationship but was failed. As the couple is still together and is blessed with two beautiful twin children, identical twin Londyn, and Laiyah Ajirotutu.