Sebastian de Souza is an English actor who has became a household name after gaining fame as Matty Levan in the teen drama series Skins (2011–2012). He is also known for his roles in Medici, Normal People, and The Great.

How Old Is Sebastian de Souza? What Is His Height?

Sebastian de Souza's full name is Sebastian Denis de Souza. He was born on April 19, 1993, in Oxford, Oxfordshire, England. Currently, his age is 28 years old and he stands at a height of 5 feet 7-inch or 175 cm tall.

De Souza's parents are Chris de Souza (opera producer of Goan Indian) and Elinor Kelly. He grew up along with an older brother Tristan in Boxford, Berkshire.

Regarding his education, Sebastian attended St Edward's School Oxford. Meanwhile, in 2006, he won a music award as a singer, pianist, and clarinettist.

Back on  April 26, 2016, De Souza uploaded a video of a girl named Izzy Utterson mention her as his new girlfriend.

As of 2021, Sebastian is in a relationship with Izzy McCabe. Surfing the couple's Instagram, they often share pictures with each other. 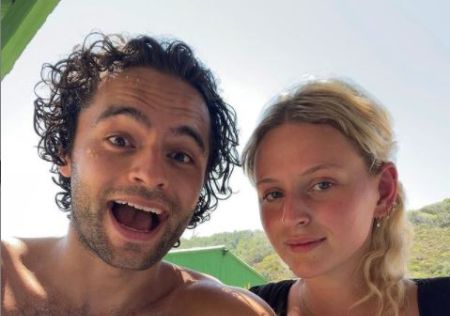 Talking about his personal life, Skins' actor along with his family runs yearly drama courses for 9 to 16 years old at a home-based Centre for Music Drama and Art.  Likewise, he has been a patron of The Globe Theatre Education Fund since 2013.

What Is Sebastian de Souza Net Worth In 2021?

Sebastian de Souza has an estimated net worth of $400,000 as of August 2021. So far, he has altogether 15 movies and series credits, and 5 stage credits under his name.

The 28-year-old began his career with the play A Midsummer Night's Dream in 2007. His other stage credits are Great Expectations, Good, Henry V, and The Read Through.

He made his on-screen debut from the doc u mentary The Truth About Crime. From 2011 to 2012, he earned huge popularity for his role Matty Levan on the teen series Skins. 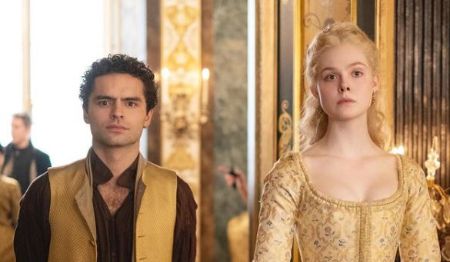 CAPTION: Sebastian as Leo on the series The Great with his co-actor SOURCE: Instagram @sebastiandesouza

In 2020, Sebastian played the character named Leo on the TV show The Great along with Elle Fanning, Nicholas Hoult, Phoebe Fox, and Gwilym Lee. His upcoming projects are Lapwing, Kid: A History of the Future: Part 1, and The Alchemist.