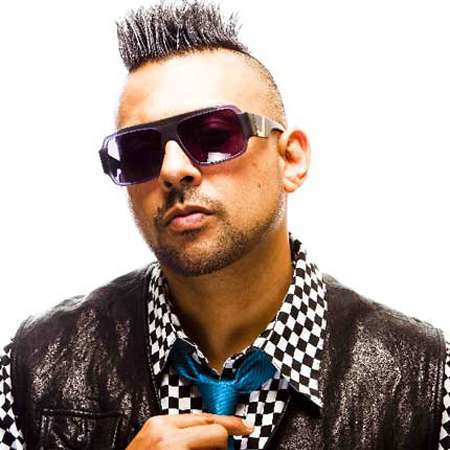 Seal Paul is one of the prominent faces in the world of music who has released a number of charter buster albums and most of them also got the Grammy nominations winning one for his album Dutty Rock.

Seal Paul was born as Sean Paul Ryan Francis Henriques on 8 January 1973. His place of birth in Kingston, Jamaica, and place where he spent his childhood and he was raised in a Catholic family. He belongs to Sephardi Jewish ancestry.

His nationality is Jamaican. And according to his ethnicity, he is Afro, English, Portuguese and Jamaican. He has a brother named Jason "Jigzagula" Henriques.

Sean Paul attended Wolmer's Boys' School and the College of Arts, Science, and Technology which is currently known as the University of Technology. He studied commerce to build up his future in occupation in hotel management.

Sean Paul made his debut in the field of music from his first album Stage One, which was released in 2000. The album was commercially hit and his name was raised to the high level of music. He came with another album the year after his first album with Dutty Rock.

In 2005, he released his third album The Trinity, which included the super hit songs like Head in the Zone, We Are Burnin and Send It On. In 2009 he released two albums same year entitled Imperial Blaze and The Odyssey Mixtape.

In 2012, he released the super hit album Tomahawk Technique, which included the super hit songs like Got 2 Luv U and She Doesn't Mind. He was all over the chart for his songs and he was also nominated and won many musical albums. He won MOBO Awards, Soul Train Awards and MTV Video Music Awards Japan.

In 2014 he released his seventh musical album Full Frequency, which included the songs Hey Baby, Want Dem All and Riot. Paul has also worked with many superstar singers like Nelly, Juicy J, Brick & Lace, Konshens and Nicki Minaj.

Sean Paul is a very stylish singer with a unique hairstyle. He is often seen in the music video and public places wearing black dark sungla s ses.

Sean Paul's Net Worth And Earnings

Sean Paul is a superstar rapper has a net worth of around $12 million. From his charter hit album Dutty Rock, the rapper collected $3.2 million.

His salary information is unknown. Sean’s updated bio and his career are uploaded in his official site. Sean has a huge fan following on Facebook and Twitter.

Sean Paul has been linked with many girls in the past but currently, he is married to his spouse Jodi Stewart. He was married to her on 26 May 2012, they have been married for about four years and there is no any information relating to his children. Sean is also often seen with his wife attending public events and parties.

In the past, he had affair with superstar singer Beyonce Knowles. He was also linked with Susanne Persson. Sean Paul has also huge interest in athletics, his parents were also an athlete. He is a friend of superstar athlete Usain Bolt.