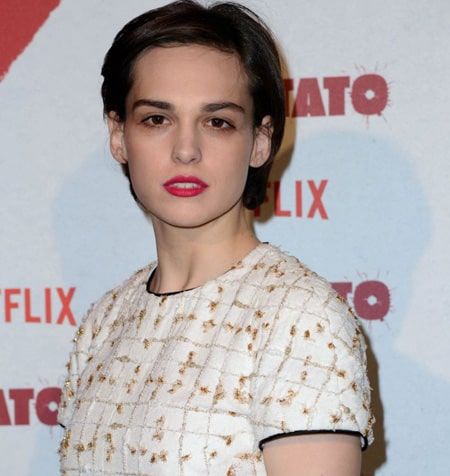 Italian-born actress Sara Serraiocco is famous for her stage and television performances in Italy as well as overseas. Her famous Italian roles came in Francesco, Cloro, L'accabadora, and others. Moreover, she is also popular for her appearance in American sci-fi thriller TV series CounterPart.

Serraiocco was born in Pescara, Italy on 13th August 1990. Her parents and siblings are not known yet. Serraiocco developed an interest in acting at an early age. Moreover, she was also interested in dance and cinema as well.

She had also worked as a dance teacher for a while before she started pursuing a career in acting. Serraiocco moved to Rome to study acting in 2010 at the age of 20. There she learned acting at the Centro Sperimentale di Cinematografia Italian National Film School.

Serraiocco debuted in her acting career with her appearance in an episode of crime series R.I.S. Roma. Later in 2013, she made her film debut from Salvo. The movie awarded her The Critics' Week Grand Prix in 2013 Cannes Film Festival.

Her performance as a blind girl in her debut movie drew attention from numerous suburb directors. She starred in a few numbers of films over the period of two years from 2015 and 2016 such as Cloro, La ragazza del mondo and Brutti e cattivi. 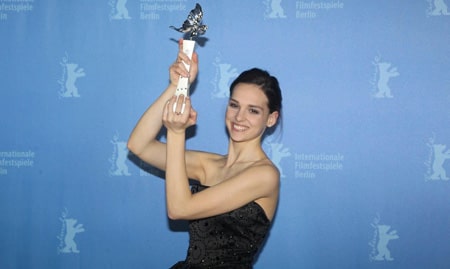 Talking about her television career, she worked in a television series Francesco by director Liliana Cavani in 2014. Later, Serraiocco rose to stardom after she starred as Nadia Fierro/Baldwin in Counterpart. The series that stars J.K. Simmons, Olivia Williams, Betty Gabriel, Harry Lloyd and Nicholas Pinnock, ended with the completion of its second season in 2019.

Talking about her awards, she won the Best European talent for her performance in Cloro in the Berlin Film Festival 2016. Sara also won the Best Actress award at Festival du film d' Annecy.

According to some online sources, actress Serraiocco has an estimated net worth of $400k. She has earned her fortune from her acting career in television and films. Moreover, she might also make a handsome amount of money from endorsement deals and sponsors, however, her exact income is not known.

By far, Serraiocco is known to have endorsed the brands like Fendi, Dior, Louis Vuitton, Chanel and Fantastic fv visions.

Is Sara Serraiocco Married? Who Is The Love of Her Life?

Sara Serraiocco is a prominent face in the media and has been in the spotlight for a few years now, however, she has maintained a perfectly secret lifestyle. She frequently shares her lifestyle and time in her work and vacations with her fans through her social media. However, she has never used the platform to talk about her personal interests and relationship stuff.

The 29-year-old Italian actress is not married as of 2019, but about her boyfriend and relationship, we can't say anything. Meanwhile, she was rumored to be dating some guy in the past, however, she has never addressed those rumors.