Harry Lloyd is an English actor, most popular as Viserys Targaryen in the HBO series Game of Thrones. However, Lloyd rose to fame for his role as Will Scarlet in the 2006 BBC drama Robin Hood. Most recently he was a part of the Starz sci-fi series Counterpart in which he portrayed Peter Quayle.

Renowned television and film actor Harry Lloyd was born on 17th November 1983 as Harry Charles Salusbury Lloyd in London, England. His father Jonathan Lloyd runs a literary agency while his mother Marion Evelyn Dickens is a children's publisher. Lloyd is British by his nationality and belongs to mixed ethnical background.

Biographer and writer Lucinda Hawksley and actor Gerald Dickens are his cousins. Meanwhile, Harry Lloyd is a great-great-great-grandson of renowned novelist and author Charles Dickens.

Lloyd attended Eton College. During his college days, he made his television debut as James Steerforth in David Copperfield opposite Daniel Radcliffe. Lloyd was only 16 years old at the time. Later on, Harry enrolled at Oxford University and graduated with an upper second-cla s s degree in July 2005.

In 2006, he starred as Will Scarlet in the British television series Robin Hood in which he played in 26 episodes through two seasons.

He made his professional stage debut in 2007, working at the Trafalgar Studios in A Gaggle of Saints. He played in some television series in a minor role for the next few years.

In 2011, Lloyd was cast as Viserys Targaryen in the hit HBO series Game of Thrones in which he appeared alongside Emilia Clarke, Iain Glen and Jason Momoa among others. 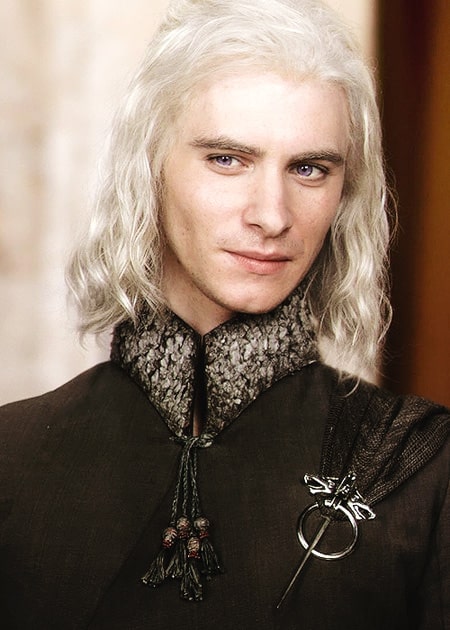 Later in 2014, Lloyd landed the main role in the American television series Manhattan in which he played the role of Paul Crosley. He appeared in 23 episodes altogether.

Coming to the year 2017, Lloyd was cast as Peter Quayle in the hit television series Counterpart. The series stars J.K. Simmons, Nicholas Pinnock, Olivia Williams, Betty Gabriel and others. The series ended with its second season in 2019.

Lloyd has worked in over dozen television series and a few films as well. The 6 ft. tall actor's works in the famous projects like GOT, Robin Hood, and Counterpart, its obvious that he receives a handsome paycheck for his work.

Although Lloyd has been staying mum about his income and net worth until the time, it takes us no time to estimate his net worth to be in millions of dollars. But, his exact net worth is still under review.

Despite his immense fame, Harry Lloyd has revealed a little about his personal life and relationship stuff. The 35-year-old actor has disclosed he is married to his longtime partner Jayne Hong, however, other details about their relationship and married life are unavailable.

Lloyd and his wife Hong co-created the web series Supreme Tweeter. The happy lovebirds gave birth to their first and only child, a daughter in 2018. 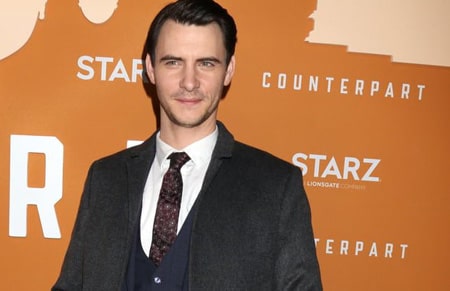 Meanwhile, as per some online sources, Lloyd was in a relationship with Belle star Gugu Mbatha-Raw, however, they never went public as a couple. They reportedly broke up during 2012.