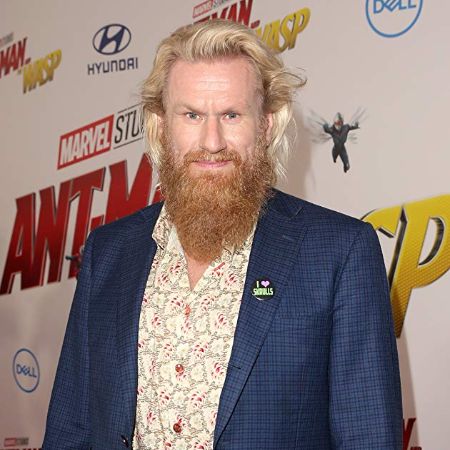 Rune Temte is a popular Norwegian actor best known for his performances in the TV series The Last Kingdom and film Eddie the Eagle. Similarly, in 2019, he got ma s sive fame for his role Bron-Char in the Marvel Studio superhero movie Captain Marvel. Besides that, he is also a producer and has his own production company, Temte Production.

Rune Temte was born on September 29, 1965, in Solbergelva, Nedre Eiker, Norway. He holds Norwegian nationality and belongs to Caucasian ethnicity.

Rune was born to parents Ingar and Svanhild. His father is a retired businessman while his mother served as a caregiver. He was raised along with his sibling brother, Truls.

Rune started playing football at the age of 7, and he received his first professional contract when he was 18. He used to play for Stromsgodset Football Club and won player of the year award in 1988. Additionally, after five years he decided to quit the sport to make his career in acting.

Norwegian actor Rune Temte began his career in 1995 appearing in the television series One for the Road. In 1996, he worked in the movie Wives 3. Similarly, in 1997, he acted in the film Mendel and the following year he served in the TV series Nini.

Additionally, the actor standing at 6 feet 3 inches tall in height Rune also featured in other films like Tatort,  Lilyhammer, Hotel Cæsar, The Last Kingdom, and  Fortitude. Some of his more work credit includes Switch, Eddie the Eagle, and A Boy Called Christmas. Millions of people really appreciated Temte's work in superhero film Captain Marvel as Bron-Char.

The Last Kingdom star Rune Temte has an estimated net worth of around $1.2 million as of August 2019. He earns a huge amount of money in thousands of dollars and lives a decent lifestyle.

Temte gathers a good sum of money from his commercials, advertisements, and endorsements deals besides his movies and TV series. Here is the list of his some film with its budget and box office:

The talented actor Rune, at the age of 53, has been married to a fashion designer Thea Glimsdal Temte. However, the couple has not revealed the exact date of their dating, engagement, and wedding. The adorable life partners share a son together, but the name of the child is not available. 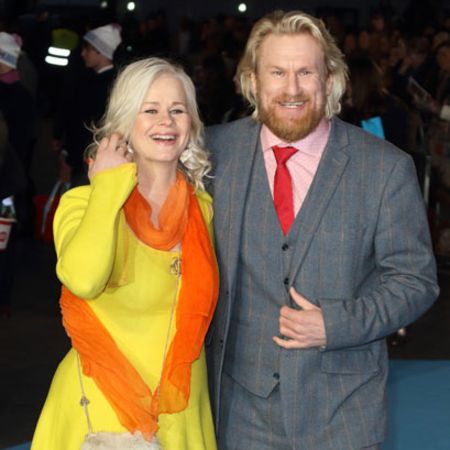 Even though there is nothing disclosed about their wedding details, sources have confirmed that they are leading a blissful married life with no issues of divorce and separation issues. They are neither dragged into any controversies nor listed having an extra-marital affair.