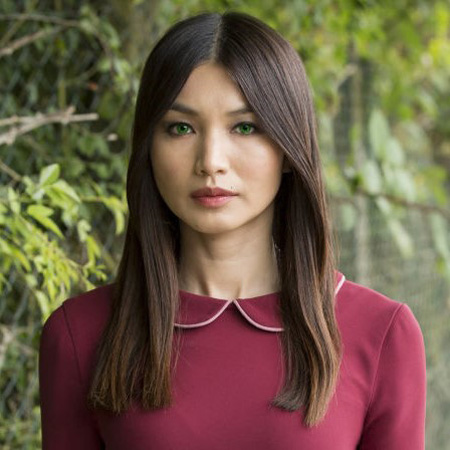 Gemma Chan is a British actress and model best known for her work on British film and TV. She was seen in Exam and Jack Ryan: Shadow Recruit, an American action film. She appeared in Humans, an AMC/Channel 4 science-fiction drama which was premiered in 2015.

Gemma Chan was born on 29 November 1982 in London, United Kingdom. She holds an English nationality and belongs to Caucasian ethnicity. Her father was an engineer who grew up in Hong Kong whereas, her mother was a pharmacist at Guy’s Hospital.

Chan was raised up in South East England and joined Newstead Wood School for Girls in the London Borough of Bromley. Later on, she attended Worcester College. Oxford and studied law. After her graduation, she received a training contract offer as a graduate at the law firm, but she thought of pursuing her career in the field of acting.

The proficient actress was interested in acting from her early age. She studied law but didn’t pursue her further career as she later missed interest towards it. In season one of Project Catwalk, she was one of the models.

In 2009, Chan appeared in the special of the BBC’s Doctor Who (The Waters of Mars) along with David Tennant and Lindsay Duncan. Furthermore, she was cast as the series regular in Secret Diary of a Call Girl, one of the fourth and the final series which is aired on ITV2 in the United Kingdom.

Moreover, she has also appeared in the Fresh Meat, BBC One’s Sherlock, and the fourth series of The IT Crowd aired on Channel 4.

Along with Douglas Henshall and Steven Robertson, she appeared in the new BBC One crime drama, Shetland. In the BBC’s Death In Paradise she was seen as a guest and was a cast member of the romantic drama, Dates, aired on Channel 4.

Chan made her professional debut in the British Premiere of Bertolt Brecht’s last play Turandot, at the Hampstead Theatre.

Additionally, she performed in the world premiere of Our Ajax and was seen as a guest on the Cultural Exchange feature of the series Front Row. In 2014, she acted along with Kenneth Branagh, Keira Knightley and Chris Pane in the movie, Jack Ryan: Shadow Recruit.

Chan is pretty uptight in sharing her personal details to the outer world. Although she is a private loving person and keeps her personal life away from the medias and public, she was found dating, Jack Whitehall since 2011.

Chan appeared at the Old Bailey in the Central London as a witness to a fatal stabbing outside the Putney Bridge Underground Station.

The Jack Ryan: Shadow Recruit, actress, Chan is living a luxurious life as her net worth is estimated as $6 million.