The Duke and Duchess of Sussex, Harry, and Meghan Markle are heading for their Royal Honeymoon and the destination is not too far from the new Duchess' homeland.

TMZ reported the newlyweds are heading to Alberta, Canada's Fairmont Jasper Park Lodge for their post-wedding getaway. The couple will be staying at the 6,000 sq. Ft. Outlook Cabin famous as The Royal Retreat.

It is not clear when the Royal couple will be arriving the resort; however, both the British and Canadian security will be involved at the time of their visit. The resort will feature some gear and goodies it doesn't normally keep for Meghan and Harry's welcome.

The place is also considered as a Canadian Paradise--which is tucked away in the middle of Jasper National Park. The resort has a history of Royal guests-King George VI and Queen Elizabeth The Queen Mother also opted for the same resort in 1939 while the current Queen and Prince Philip hit it up in June 2005.

The couple delayed their honeymoon to attend Harry's father Prince Charles' 70th birthday celebration at Buckingham Palace on Tuesday, May 22. Multiple online tabloids speculated the Royal couple would head to Africa for their post-wedding getaway; however, TMZ confirmed the destination had been confirmed for Canada. 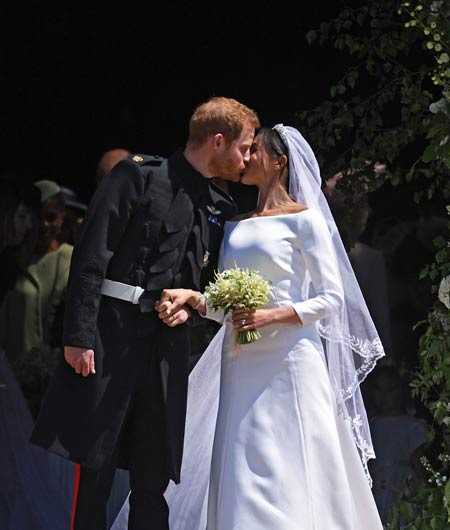 Harry and Meghan Markle exchanged their vows on Saturday, May 19 at St. George's Chapel in Windsor. Around 600 guests including George Clooney, David Beckham, Victoria Beckham, Amal Clooney, and Oprah Winfrey among others attended the Royal wedding. The wedding was also witnessed by over 2500 attendees at the Windsor ground.