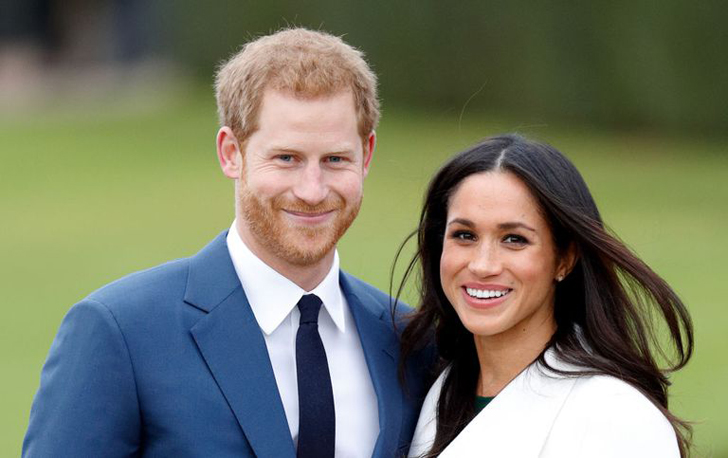 Prince Harry and Meghan Markle have been proclaimed husband and wife after pledging their love to one another at a fairytale wedding at Windsor Castle.

They entered St. George's Chapel as Prince Harry and Meghan Markle and left as Their Royal Highnesses The Duke and Duchess of Sussex. #RoyalWedding pic.twitter.com/PQlgMOdskY

The ceremony was watched by Harry and Meghan's family and friends at St George's Chapel in Windsor; it will be followed by a carriage procession and two receptions, including a private one at Frogmore House in the grounds of Windsor Castle.

An estimated more than 100,000 well-wishers lined the streets of Windsor to cheer the newlyweds as they started their married life with a tour in an open-topped Ascot Landau carriage.

The Queen's grandson and the American former actress, who is now an HRH and a member of the British royal family, said their vows in front of 600 guests including the monarch and more than 30 members of the Royal family.

The Prince and Ms. Markle have broken tradition by choosing to hold their wedding on a Saturday, as royal weddings usually take place during the week.

A thousand-year-old English castle echoed with the exhortations of a black preacher and a gospel choir on Saturday, as Prince Harry wed Meghan Markle, an American actress, nudging the British royal family into a new era.

Prince Harry and Meghan Markle are now the Duke and Duchess of Sussex. https://t.co/Gr8mbHKYJV pic.twitter.com/Lc1Cul8qPF

Kensington Palace has announced that Prince Harry and Meghan Markle will be known as the Duke and Duchess of Sussex.

Ms. Markle wore a stunning, elegant white gown - with a white veil and boat neck - was created by British designer Clare Waight Keller, the first female Artistic Director at French fashion house Givenchy. Prince Harry and his best man the Duke of Cambridge are both wearing the frockcoat uniform of the Blues and Royals.

As they met at the altar, Prince Harry told his bride "you look amazing," to which Meghan replied, "thank you." The couple tenderly held hands and exchanged smiles during the wedding ceremony.

Ms. Markle's delicate veil was five meters (16ft) long and made from silk tulle, with a trim of hand-embroidered flowers in silk threads, with two of her page boys carrying the ends as she made her way up the steps.

Her hair was styled in an updo, and she wore the glittering Queen Mary's Diamond Bandeau tiara, loaned to her by the Queen.

The pair set off on an open-top carriage ride through the streets of Windsor where an estimated more than 100,000 well-wishers had descended on the town for the royal nuptials.