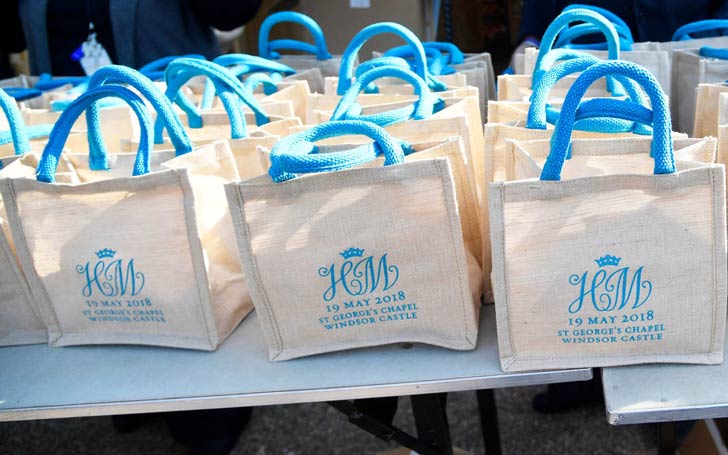 Not even a week since Prince Harry and Meghan Markle exchanged their vows, and the lucky Royal guests are already selling their gift bags online.

Some of those lucky guests have been selling the bags for lucrative prices on eBay with the bids already surpassing $2,700, reported multiple online tabloids. 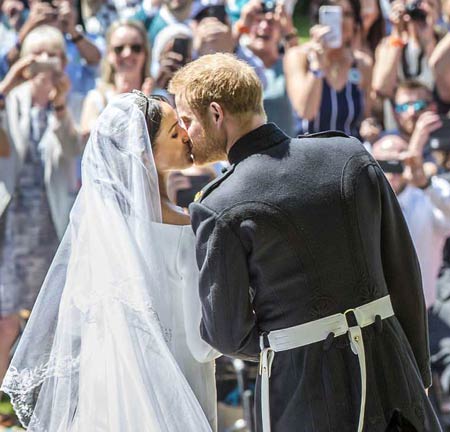 The Duke and Duchess of Sussex invited around 600 guests to attend their Saturday wedding at St. George's Chapel at  Windsor Castle while the two had also invited  1,200 people to gather outside the chapel to enjoy the ceremony.

Kensington Palace announced in a statement in March that Harry and Meghan invited 2,640 people into the Windsor grounds to welcome them on their arrivals. The statement read:

They want their Wedding Day to be shaped so as to allow members of the public to feel part of the celebrations too.

This wedding, like all weddings, will be a moment of fun and joy that will reflect the characters and values of the Bride and Groom.

The attendees outside the chapel were presented commemorative gift bags, inscribed with the couple's initials, full of goodies like a gold wrapped chocolate coin with the pair's initials. The Royal gift also included a water bottle, shortbread as well as a coupon to a local store. 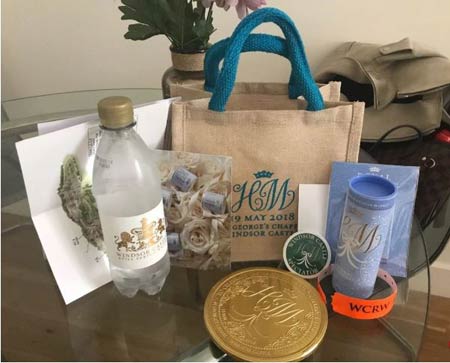 CAPTION: Royal gifts given to the 1200 attendees outside the St.George's Chapel on Royal Wedding SOURCE: People

Some of the people outside the chapel are making a profit by listing the bags on online shopping site eBay for a fruitful price. "Don't miss out on this limited once in a lifetime opportunity to have a piece of royal history," one wrote in the listing.

One of the guests placed the gift bag on sale for $2,762 on the website. The gift bag featured Meghan and Harry's initials "HM," their wedding date and the venue as well.