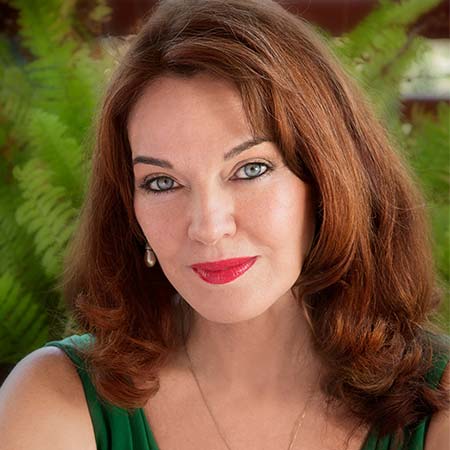 Robin Riker with the decades-long acting journey has proved herself as one of the legendary actresses in the world. The renowned leading lady gained initial popularity after appearing in the TV series Brothers. She subsequently featured in many hit TV series like Shaky Ground, Thunder Alley and more. Riker landed in her breakthrough performance in CBS daytime Soap opera The Bold and the Beautiful.

Robin Riker was born on October 2, 1952, in New York, City, United States. Both of her parents are actors and often performed in plays. Most of her childhood days were spent in NYC along with her family.

Riker holds American nationality and her ethnicity is White.

Robin Riker initiated her acting career by appearing in the horror movie Alligator, in 1980. And she got her first TV role in 1984 and played Kelly Hall in Brothers until 1987. Her other big screen works include A Reason to Believe, Stepmonster, Christmas Every Day, Don's Look Under the Bed, and many others.

The actress gained worldwide fame following her role in the TV series Shaky Ground. She, later, landed the role in The Gregory Hines Show, Days of Our Lives, and Read It and Weep. From 2008-10, Riker portrayed Beth Logan in the highly rated TV series The Bold and the Beautiful sharing the screen along with Katherine Kelly Lang, Jacqueline MacInnes Wood, and Don Diamont.

In 2016, the actress appeared in one of the most viewed TV series General Hospital along with Michelle Stafford and more. Prior to acting, Riker also featured as a guest in many popular shows like The Glades, Twenty Good Years, and DeVanity as well.

Robin Riker's Net Worth And Earnings

Robin Riker with such countless roles in both movies and TV series has not only gained fame but also fortune which according to some online sources can be believed to be over $1 million.

Riker, likewise, released a book called  A Survivors' Guide to Hollywood: How to Play the Game Without Losing Your Soul in Sep 2013 which became an instant hit. It is priced $19.95 for Paperback and $27.47 for Ma s s Market Paperback.

Robin Riker has been married twice. The actress first tied the knot with an actor William Hasley in 1987. But the couple later divorced. Riker went on to marry Cinematographer Evan A. Nesbitt in 1997. Along with her husband Evan, she worked on the movie Spiritual Warriors in 2007.

It's been more than two decades that the couple is still enjoying their blissful conjugal life. But the two does not share any child to date.