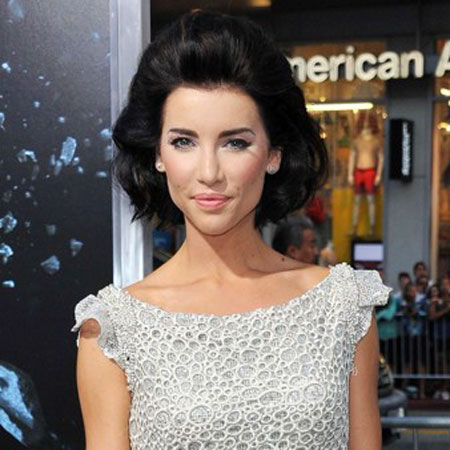 Jacqueline MacInnes Wood was born on 17th April 1987 in Windsor, Ontario, Canada. She is a television host, actress, singer, and also a disc jockey. She is better known for her appearance in the film Final Destination 5 as Olivia Castle.

Jacqueline Wood attended Ryerson University, which is a Centre for Arts and the Armstrong Acting Studio. There she took an acting class.

Alexandra MacInnes and James C. Wood are the parents of Jacqueline Wood. She is of Brazilian, Scottish, and French ancestry.  She has a half-sister named Dani Probert. Alasdair Gillies is her uncle who is a great Scottish singer.

Wood holds Canadian nationality and is of white ethnicity.

She was seen on television for the first time in a commercial for First Choice Haircutters. She moved to Toronto when she was only 18 years old to pursue her career.

On an American CBS Daytime soap opera named The Bold and the Beautiful, Jacqueline started her contract role. For her performance on the series, she was first nominated for an Outstanding Younger Actress in a Drama Series in 2012. To take a break she opted from the show in 2013 May.

Jacqueline Wood's first feature film was Final Destination 5 in 2011. In the film, Jacqueline portrayed the role of Olivia Castle. The film was both critical as well as a commercial success. It grossed approximately $157 million in the American Box Office.

On The CW action-adventure series named Arrow, Jacqueline Wood had a guest role. The show started airing in 2012 October. In the year 2013, she appeared in a film named Her Husband's Betrayal. It was a suspense thriller film and in the film, Jacqueline starred opposite Shawn Roberts.

Besides her acting career, Jacqueline Woods is an occasional disc jockey as well as a singer. In 2012 January, her debut album entitled After Hours was released. Later on, on 22nd August 2013, she hosted a television series named Party On. The show was dedicated to exposing the best party scenes the world has to offer.

At 32 years old, Jacqueline MacInnes Wood is married to a longtime boyfriend turned husband Elan Ruspoli. The couple who started dating each other in 2009 got engaged on November 20, 2017. And after a year they shared the wedding vows in July 2018.

Together the couple has welcomed a baby boy and named him Rise Harlen Ruspoli.

Just when I thought I couldn’t love you more than I already do.. an even deeper level of love and awe filled my heart watching you become a Father. You are the most selfless, hard working, loving husband. You give 110% in everything you do. Rise is so lucky to have such a stand-up man to call Dada. You deserve to be celebrated every day. Happy Fathers Day My Love

Prior to this relationship, she was in a dating relationship with Daren Kagasoff with whom she separated in 2009.

Jacqueline is a big animal lover especially dogs. She is a great supporter of the pet rescue organization. In her free time, she spends her free time spreading awareness through social media about pet owner's responsibilities as well as dog shelters.

The estimated net worth of Jacqueline is approximately $300 thousand.