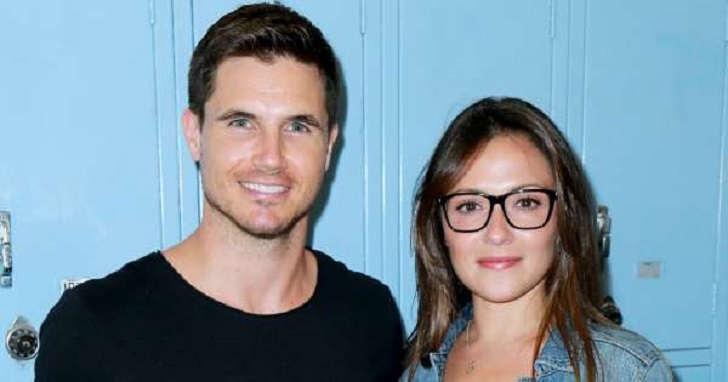 Canadian actor and producer Robbie Amell and Canadian actress Italia Ricci are surrounded with happiness as the couple has finally welcomed a baby boy together. The pair openly shared updates on pregnancy and delivery on their respective social media.

When was the child born? What is the name and details of their baby? For how long has the duo been married? We have all the details here.

Flash actor and Designated Survivor actress have recently welcomed a child, a baby boy together. Their child, whose name is Robert Amell V, was born on 12th September 2019. The couple has shared the happy news on Instagram.

The new mother posted a photo of her baby grasping a finger. She wrote: Today we welcome Robert Amell V into the world but also find out that being triple extra pregnant increases your odds of birthing Gollum. 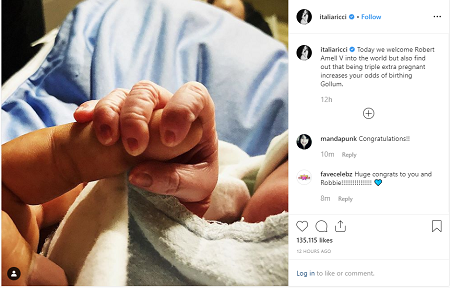 On the other side, Robbie also posted a similar picture claiming that everything is different. 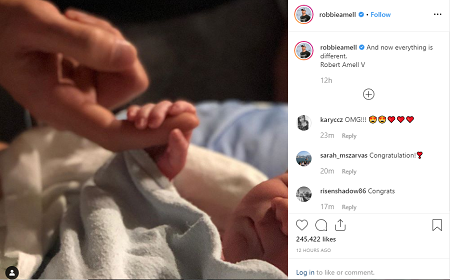 Robert is Robbie and Italia’s first child together.

Back in April, the lovebirds announced that they were expecting a child via Instagram post. They posted a picture where both of them showed off their bellies and wrote: One of us is actually pregnant. 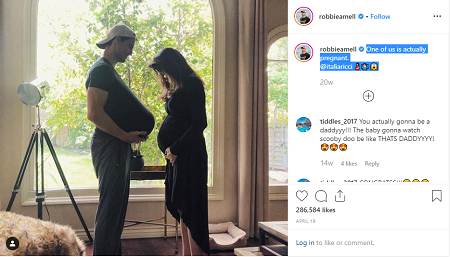 Since then, they have been regularly updating their fans regarding the pregnancy journey.

Italia has been openly sharing hilarious glimpses of pregnancy journey over the last couple of months flaunting the baby bump.

Happily Married Couple Amell And Ricci: How It All Started?

Canadian heartthrobs Amell and Richi are enjoying their blissful conjugal life for a long time now.

The duo, who started dating in 2008, got engaged in August 2014. Robbie popped the question just a month after celebrating their sixth anniversary.

Two years after an engagement, the pair walked down the aisle on October 2016. The bride was so excited about the ceremony that she wasted no time to upload pictures from their romantic wedding ceremony. 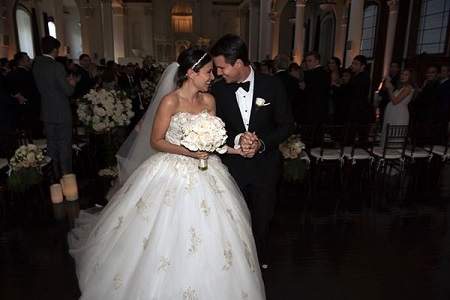 CAPTION: Robbie Amell and Italia Ricci on their dream wedding day: Finally starting their journey together as husband and wife  SOURCE: Hollywood Life

She uploaded a black and white picture with her husband smiling as they head down the aisle.

Before marriage, in early 2015, Robbie admitted that they had a long engagement and the wedding would be what makes his bride happy. He then claimed that he wanted the day to be the best day of her life.