Robbie Amell's Married life with his Wife Italia Ricci, Details About Their Relationship- Do They Want Kids Soon? 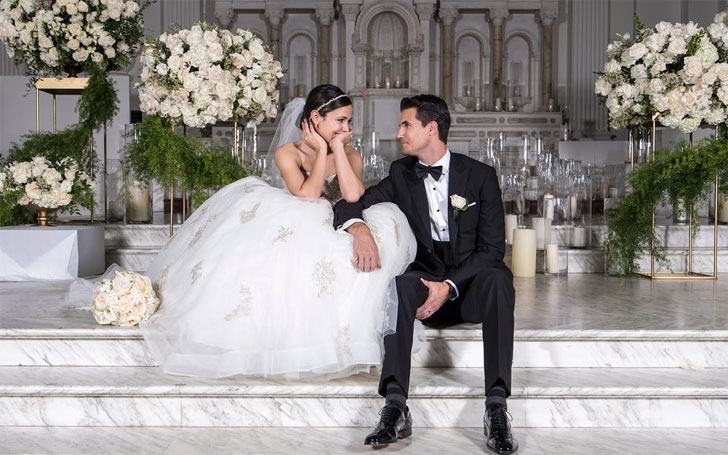 Canadia-born couple actor Robbie Amell and actress Italia Ricci are one of Hollywood's favorite. The couple is now married for two years, and they are getting stronger together as the time passes.

Robbie Amell is currently busy on filming his upcoming projects Code 8, The Babysitter and When We First Met where as his wife is busy with Now That I've Found You. Despite their super busy schedules, the pair still manages to find some time for each other.

Tomorrow People star Robbie Amell and his wife Italia Ricci are married since 15th October 2016. The couple who is currently in their 2nd year of marriage actually dated for six years before getting married. The actor took to Instagram to share his happiness with his fans after Italia accepted his proposal. On his Instagram post on 20 August 2014, Amell shared a cute picture where he appeared kissing his girl. He captioned the picture:

After about two years of engagement, the love birds decided to take their relationship to next level and became husband and wife officially on 15th Oct 2016.

Italia Ricci and Robbie Amell on their wedding

How Did Robbie Amell and Italia Ricci Meet?

According to Heavy.com, Robbie Amell first met his wife Italia Ricci on the sets of Cheaper By the Dozen 2. The couple started dating in July of 2008 and since then the lovebirds have been inseparable. They have been together for over nine years but still, they are madly in love with each other. The proof is all over their social media accounts.

Go through their Instagram and Twitter to see the lovely pictures of their romantic date, fun, and adventures they do together. If their Instagram is to trusted, we can say Ricci and Amell share a healthy relationship.

In an interview back in 2014, Ricci shared the key to their relationship. She shared:

“We’re really good friends and we’re completely honest about everything because this industry can be really shady,” she said. “We just completely dig each other, we have for six years.”

The couple does not have any kids yet. However, in an interview just after their engagement, the actor shared his desire to become a dad:

'Hopefully children will be something we will be thinking about in the near future,'

The couple doesn't have any kids soon, but, Robbie Amell sure wants some. Does that mean there could be pregnancy news soon? It depends mostly on his wife, so, let's wait and see.