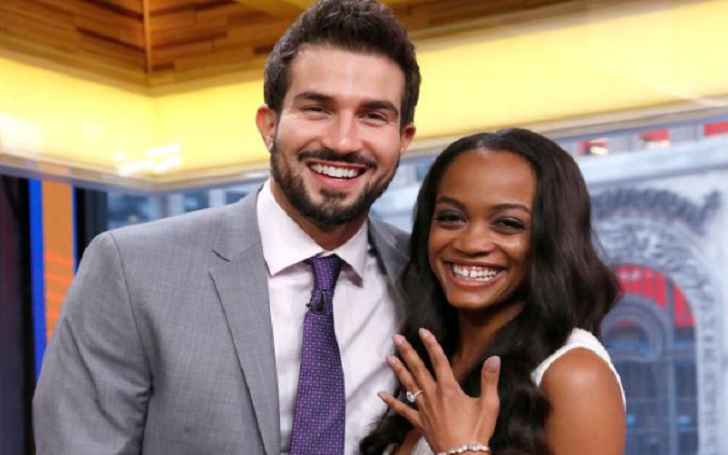 Congratulations are in order for Bryan Abasolo and Rachel Lindsay! The Bachelorette season 13 winner and The Bachelor season 21 contestant are now husband and wife.

Sources confirmed to Us Weekly that the couple walked down the aisle in a romantic wedding ceremony in Mexico on Saturday, August 24.

This @dunkindonuts Cold Brew is giving me LIFE - spent today running around NYC with my FIANCE (can't believe I can finally say that!!!) and we're still going thanks to my #partner at #dunkindonuts #bachelornation #sponsored

Rachel first planned to tie the knot in early 2019 but due to the location she chose, the reality personality changed her mind and planned for the big day in August.

She told Us Weekly in February,

Honestly, I wanted [to get married in] the first half of the year, but it just depends on the venue. The venue we’re gonna go with … the better time is the end of the summer.

Rachel, 34, and Bryan, 39, first met on season 13 of The Bachelorette in 2017 where he competed to win her heart along with Peter Kraus, Adam Gottschalk, Eric Bigger and Dean Unglert.

Bryan became the winner of the season as Rachel chose him over Peter.

The pair became engaged on the finale of the Bachelorette season 13 after the Miami native proposed the Dallas attorney.

The actress confirmed to Us Weekly in early 2019 that their wedding would not be televised for a Bachelor special.