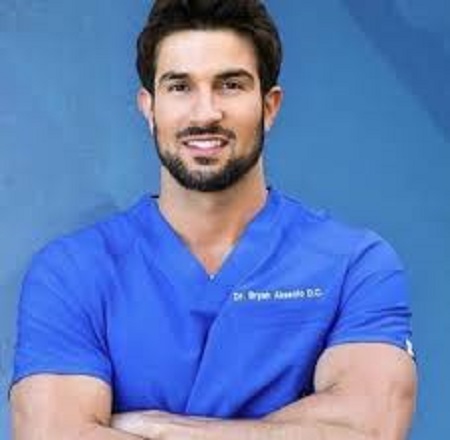 Best known as the winner of the season 13 of The Bachelorette, Bryan Abasolo is a chiropractic doctor and clinic director in Miami, Florida. He won the heart of Rachel Lindsay on the ABC hit reality television show. The couple has just got married in a beautiful wedding ceremony.

Bryan Abasolo was born on February 15, 1980, in Miami, Florida, the United States of America, in a Colombian family. Names of his father and mother are not available.

He has one sister. He also has a nephew and niece, Lukas and Scarlett, and he is very close to them. His nationality is American and he is of Colombian ethnicity. He is fluent in Spanish.

As for his educational background, Bryan attended the University of Florida from where he completed his graduation in 2003 before he joined an accident and injury team at a clinic in Miami.

Career: Winner of The Bachelorette

As we mentioned earlier, Bryan Abasolo is a chiropractic doctor and clinic director and he currently serves in Miami.

He joined the season 13 of the ABC hit reality television series, The Bachelorette in May 2017, The season featured Rachel Lindsay and it was presented by the television show host, Chris Harrison.

Bryan, 39, eventually became the winner of the season, winning the heart of the 34-year-old television star, after Rachel chose him over Peter Kraus.

Being a successful television personality, Bryan Abasolo has earned a considerable amount of money from the television industry.

The exact figure of his net worth is not available but looking at his successful career in the television field, we can assure that Bryan's net worth is in hundreds of thousands dollars.

Her salary has also not been disclosed but according to a famous "Bachelor" spoiler and blogger, Reality Steve a.k.a. Stephen Carbone, a star on the ABC show makes around $100,000.

He was given prize money of $250,000 after winning the Bachelorette season 13.

As we mentioned earlier, Bryan Abasolo is now a married man. Multiple sources confirmed in August 2019 that he walked down the aisle with his loving girlfriend Rachel Lindsay in a romantic wedding ceremony in Mexico on Saturday, August 24.

The couple first met while competing on the season 13 of The Bachelorette in 2017. The pair became engaged after the doctor proposed to the Dallas native on the finale of the show.

It was confirmed in February 2019 that their wedding would not be televised for a Bachelor special.