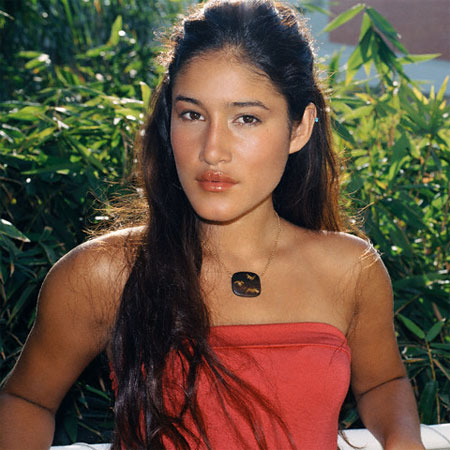 Q'orianka Kilcher, 27 is an American actress, singer, and activist who is best known for portraying the character of Ka'iulani in 2009 movie, Princess Kaiulani. She is active in the industry since 2005. Orianka Kilcher won NBR Award in 2005 for Best Breakthrough Performance by an Actress

Q'orianka Kilcher was born Q'orianka Waira Qoiana Kilcher on February 11, 1990, in  Schweigmatt, Germany to Saskia Kilcher. She holds both American and Dutch nationality. Regarding her ethnicity, she belongs to mixed ethnicity as her father is of Quechua-Huachipaeri descent and mother of Swiss-German descent.

Kilcher has two brothers, Kainoa Kilcher and Xihuaru Kilcher who are actors and stunt performers respectively. She spent most of her childhood in Hawaii, and she learned hula dancing at the age of five years. Kilcher also learned Tahitian dance, West African, ballet, Hip Hop, and Modern Dance.

In 1996, Kilcher became the first child in the family to study cla s sical voice at the University of Hawaii. At the age of 7, she won Ballet Hawaii's Young Choreographer Award. She also took drama cla s ses at the Diamond Heart Theater.

Q'orianka Kilcher started her acting career as a child artist in How the Grinch Stole Christmas. In 2005, she was cast in The New World, and her performance was critically acclaimed by critics and audience which helped her win her first National Board of Review’s Award and Alma Award.

Kilcher filmed her independent film in 2006, which she produced through her own production company, Entertainment On-Q and played a minor role too. She appeared in Princess Kaiulani as the main lead. In 2009, she acted in the doc u mentary feature film, The People Speak.

She has worked in several movies and series like; Shouting Secrets, Neverland, Running Deer, Sky, Unnatural, Hostiles, The Vault and few others. Kilcher is all set with her new venture, The Alienist which was supposed to release in 2018 where she portrayed the role of Mary Palmer.

Orianka Kilcher won NBR Award in 2005 for Best Breakthrough Performance by an Actress. In 2006, she was nominated for six awards for The New World in which she grabbed the two awards, ALMA Award and Online Film Critics Society Awards.

In 2007, Kilcher won the Brower Youth Award for her contribution persuading Occidental Petroleum to withdraw from the Peruvian Amazon valley. She also received the Young Hollywood Green Award.

In 2013, Kilcher awarded Hollywood Music in Media Awards for Free China in the category of Best Song - Indie Film / Doc u mentary / Short.

Kilcher is possibly single at present. She is very secretive regarding her private stuff, and that might be the reason she never spells a bean about her relationship status. She is very close with her cat, Meeko and often shared its pictures on her Instagram with wonderful captions.

Kilcher is actively involved in social activism as she has raised her voice on several environmental justice and basic human rights. She has collaborated with many NGO and INGOs including Amnesty International, AIDESEP, Interethnic Association, Thursdays Child, National Endowment For the Arts, IDEM and few more.

In 2010, Kilcher and her mother were arrested after she tied herself to a White House fence and her mother poured a black substance on her to signify oil.

American actress, singer and social activist, Orianka Kilcher has an estimated net worth of $3 million, while some online sources have mentioned the figure but no official confirmation has been revealed about it.

In 2005, Kilcher's movie, The New World did a quite impressive job at the box office with a total collection of $30.5 million which was one of the hit movies of the time.

Kilcher owns a luxurious property and cars whose estimated value hasn't revealed, but it is a s sumed to be a six-digit figure.