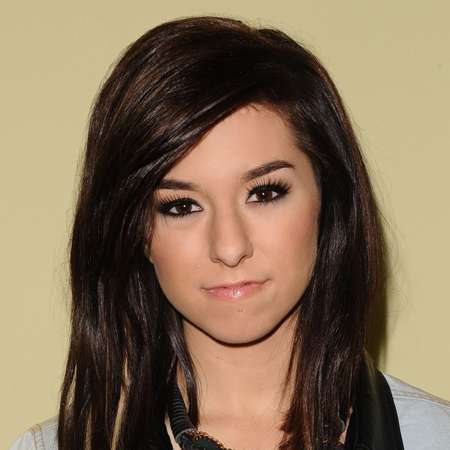 Christina Grimmie was a multi-talented personality. She was a very beautiful actor, musician, and songwriter. She is also a former YouTuber star who was widely recognized for her active participation in the NBC singing competition called The Voice. She was also popular for her covers of hit songs. Her other evergreen songs include Wrecking Ball, Some Nights, as well as Hide and Seek. For her unique and soulful voice, the singer also won a number of awards like the American Music Award, and Teen Choice Awards.

Her birth name was Christina Victoria Grimmie whereas she is popular as the name 'zeldaxlove64' on YouTube.Her cover songs of some contemporary pop musicians are very popular. She had a fan group on YouTube named "Team Grimmie" which supports and promotes her latest songs and covers.

Her mother's name is Tina Grimmie and her father is named Albert Grimmie. But another family information of this white celebrity is not so much disclosed. However, she is reported to have an elder brother. According to some sources, Grimmie was homeschooled for her junior year in 2010.

Grimmie had a passion for music since her early childhood. Her love for music led her to sing when she was five and along with this, she also began playing the piano when she was ten years old.

Later Grimmie attended Baptist High School in New Jersey. It is very clear that Christina was a YouTube star so, in simple words, we can say that she started her journey through the medium of YouTube which concludes, "she was discovered by YouTube”.

This cover star was of Italian and Romanian descent. Her father Albert found about her musical talent when the multi-talented singer Christina was just 6 years of age. According to some sources, she loves Christina Aguilera and Skrillex. And also, she has been crowned as the "Queen of YouTube Musicians".

She ended up in the third position in the well-known singing competition, The Voice. It was the sixth edition of the show. But despite ending up in the third position on the show, Adam Levine, the Maroon 5 star, who was Christina's musical coach for the show had announced that regardless of the results, he was signing Grimmie to his label which was 222 Records.

Some other celebrities were also touched by Christina's voice on the show. They were Justin Bieber and Lil Wayne. These stars also supported Grimmie on the show the hip-hop star Lil Wayne even offered Christina to sign his label Young Money Entertainment. Some sources verified that the talented singer Christina signed to Island Records.

But, she was dropped soon. One of the interesting facts about this pianist is that to date, she doesn't know piano notes and plays the instrument by listening to it. At the early age of 15, Christina began posting videos on YouTube in 2009.

According to Celebrity's net worth, Christina had a net worth of about $0.8 million. She owned a KIA car and also had a small and beautiful house. She was also endorsed by NationAlist Magazine.

Christina Grimmie died on June 10, 2016, in South Jersey, the United States of America. She was shot by 27-year-old Kevin James Loibl in The Plaza Live in Orlando while signing autographs after her performance. Following the tragic incident, immediately she was taken to Orlando Regional Medical Center in unconscious condition with three gunshot wounds.

Just after a few hours, Grimmie passed away and her death was declared a homicide. On 16 June the singer and actress were buried at Berlin Cemetery, in a private ceremony.

The gunman later shot himself too.

After her death, dozens of artists took to social media to show her their appreciation and to console her family members. At the ending of 2016, Grimmie's family filed a wrongful-death lawsuit against a number of entities but the following year, the lawsuit was dismissed at the request of the venues.

Again, Grimmie's family filed a new complaint on April 9, 2018, in a Florida court.

Christina Grimmie was not married and neither she had any relationship. Besides, she was an avid animal lover as well as an animal rights activist and participated in fundraising events for the Humane Society of the United States. Following her death, in order to her honor, The Christina Grimmie Animal Medical Fund was founded.