Barron Trump-The Youngest Son Of President Donald Trump And Wife Melania Trump-How Much Is His Net Worth? 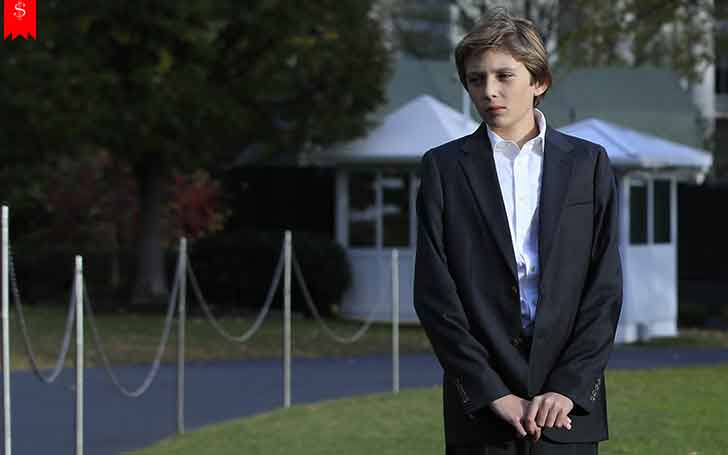 Barron Trump is the youngest son of the 45th US president Donald Trump and Melania Trump. The 12-years-young heirs of the billionaire businessman Donald Trump, Barron is enjoying a celebrated life. How much net worth he has on his name?

Barron is living an extravagant life as a son of wealthy parents. Let's have a look at his day to day life.

How Much Is Barron Trump's Net Worth?

Barron Trump is known as the youngest son of the current US president Donald Trump and his third wife Melania Trump. The 12-years -old youngest Trump is yet to begin his professional career so doesn't own specific net worth as of 2018.

Barron's father Donald Trump is a well-known political figure and a successful businessman who has an enormous net worth of $3.1 billion. The businessman owns several real estate properties in New York City which is his main sources of income. From his real estate business, Donald Trump made a whopping amount of $2 billion. 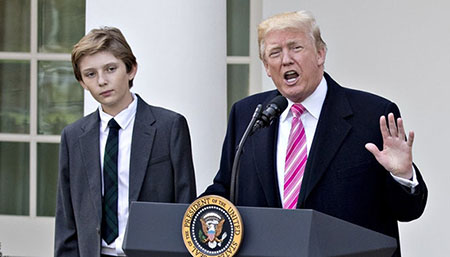 CAPTION: The first son of the US Barron Trump with his father Donald Trump SOURCE: Zocalo

Besides his real estate business, the 45th US president earns an attractive amount of money from his golf courses, clubs, and brand business. Barron is one of the heirs of his father's billion-dollar fortune in the future.

Apart from his father's huge net worth, Barron's mother Melania Trump also worth million dollars. The first lady is a former model who has an incredible net worth of $50 million.

As a son of the President of the United States of America and business tycoon, Barron Trump is enjoying a lavish life.

Following the popularity, Barron became one of the most searched celebrity children. So he is living a celebrated life and is frequently captured by media. 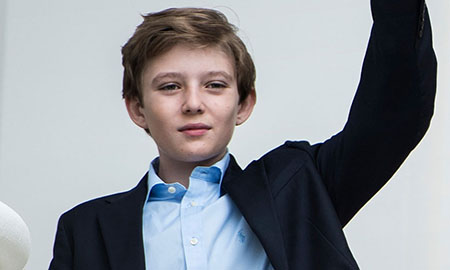 Little Donald has even appeared on the popular talk show The Oprah Winfrey Show in 2011. Similarly, he was also featured on the cover of the People Magazine in October 2015. So far, The youngest Trump is enjoying a celebrated life, however, he is yet to be on social media.

As of September 2018, Barron resides in the White House alongside his parents. Before that, he lived in the Trump Tower, Manhattan.