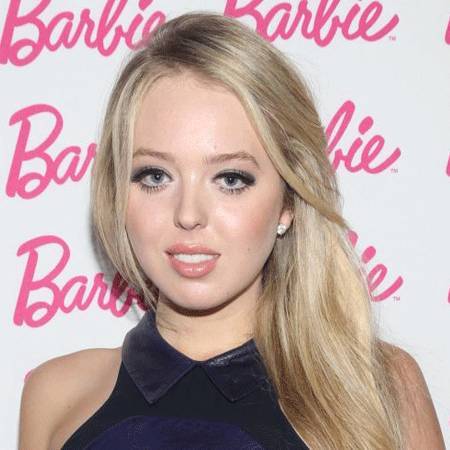 Tiffany Ariana Trump was born on 13th October 1993 in West Palm Beach, Florida, United States. She is an American singer, model as well as an internet personality. Her father is the President-elect of the United States, Donald Trump and her mother Marla Maples is the second wife of Donald Trump. She is the only child of her parents. She was raised by her mother in California. Tiffany has four half-siblings among them three are half-brother and one is the half-sister. She is of an American nationality and of white ethnicity.

Tiffany Trump attended Viewpoint School situated in Calabasas, California. Recently in 2016, Trump completed her graduation from the University of Pennsylvania, where she double-majored in urban studies and sociology.

White attending the University of Pennsylvania in the year 2014, Tiffany Trump released a music single named ‘Like a Bird’. She said to an American television personality named Oprah Winfrey that she was evaluating whether to take her music career to the next level as a professional or not. In the New York Fashion Week, she modeled for Andrew Warren'S fashion show.

Tiffany Trump is not married yet as she is in her early twenties now. She has kept her away from the limelight of media. This 23-year-old girl is very talented and hardworking and knows she has to achieve a lot.

Tiffany Trump spends most of her her time with her mother. Even her father is proud of her and Tiffany has said how deeply she loves Donald Trrump, her father. Good grades are her priority; she even went late to a DuJour photo shoot because of her summer paper.

Tiffany Trump is registered to vote in Pennsylvania as a member of the Republican Party. She joined her father and other members of the Trump family at campaign appearances during the 2016 presidential election. On the second night of the convention, she even spoke at the 2016 Republican National Convention.

Tiffany stands tall with the height of 5 feet 9 inch and weighs about 53 kilograms. Her figure measurement is 34-26-34. Her eyes are of blue color and her hair color is blonde.