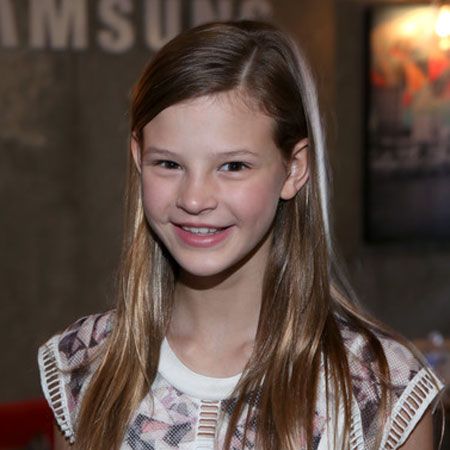 Netflix’s Everything Sucks actress, Peyton Kennedy is also well recognized for her role as Dr. O on the PBS Kids TV series, Odd Squad. She made her big screen debut in 2012 from the movie, An Officeranda Murderer. Her other work includes The Captive, American Fable, and Lavender among others. As of 2018, she is working as Kate Messner is the web series, Everything Sucks. She will be portraying the role of Julie in Cardinal.

From her acting in the TV series and movies, she received several awards like Young Artist Awards, The Joey Awards, and Savannah Film Festival Awards.

Peyton Kennedy was born on 4th January 2004 in Toronto, Ontario under the birth sign Capricorn. Kennedy is Canadian by nationality and belongs to White ethnicity. She also has a brother.

In 2011, she began training as an actress. She later stood first at the Canadian Model and Talent Convention for the Photography Go-See Award.

When she was a kid, she wanted to study robotics as she loved to build robots.Ar the age of 6, she started acting.

Peyton Kennedy made her big screen debut in 2012 from the Lifetime TV film, An Officer and a Murderer directed by Norma Bailey. Kennedy than worked in three short films, The Offering, The Look Away and Dorsal.

Some of her other works include Cut Bank, XX, Sunny Side Up, Pond Life, What the Night Can Do and Lavender among others. Particularly, she is famous for her role in

As of 2018, Kennedy will be portraying the role of Julie in the movie, Cardinal.

Kennedy made her TV debut in 2013 from BBC America’s drama TV series, Cooper. The following year, she appeared in an episode of The Ron James Show. She then worked in Hannibal, Taken, and Killjoys. She, however, is popular for:

CAPTION: Peyton with the casts of Everything Sucks! SOURCE: Instagram

Since 2018, Kennedy is working in the comedy-drama web TV series, Everything Sucks! alongside Sydney Sweeney, Elijah Stevenson, Rio Mangini and Patch Darragh.

Peyton Kennedy has been nominated for many prestigious awards and among them, she has won some.

Other of her nominated awards include Young Entertainer Awards, Young Artists Awards, and The Joey Awards.

Peyton Kennedy has an estimated net worth of thousand dollars as per some online sources, however, the amount is still under review. Kennedy earns a good amount from her movies and series. She is one of the rising stars, so might definitely increase her net worth in the coming future.

Peyton Kennedy, the young talented actress, is yet to get involved in any serious relationships. Kennedy is more focused on her career rather than being involved in a relationship. Till date, she has not introduced anyone as her boyfriend, so she might be possibly single in the present days.

Kennedy gained a huge fan following from her acting in the TV series and movies. As of 2018, she has over 171k followers on her Instagram.

She is close with actor Brendan Heard and other fellow casts of Everything Sucks!. Some of her hobbies include swimming, reading, painting, playing soccer & baseball and building robots.

When it comes to food she loves pasta and yogurt.

Besides, she is compared to the star of Stranger Things, Gaten Matarazzo. Most of their fans claimed that they two look similar to one another.

Here is the video which shows the 7 facts about Peyton Kennedy: