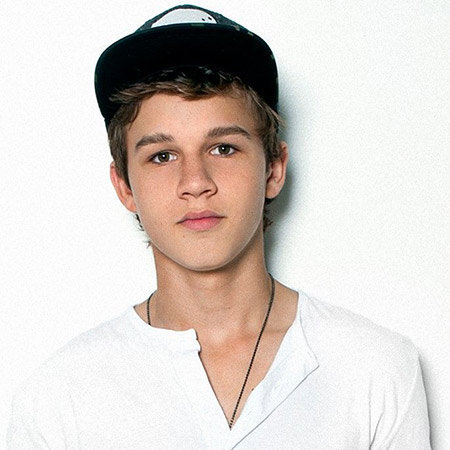 Gavin Powers MacIntosh, an actor and model, was born on 22 March 1999 in Tucson, Arizona. Gavin is notable for his role in the movie 'Turns' and some additional movies and dramas series.

Gavin with his 'The Fosters' co-stars, Hayden Byerly, advocates against bullying, encouraging youngsters to embrace their differences, and lend his support to the 'Be Good to Each Other' campaign. In addition, Gavin has also appeared in various commercials and campaign for Goodyear Tires, Oscar mayerLuncables, Pizza Hut, and so on.

Gavin  MacIntosh was brought up in Tucson Arizona with his two brothers Grant and Gage MacInotsh. Gavin was educated in a Private Christain School and shifted to California to start his acting career. Gavin, at the age of ten, signed for the Ford Modeling Agency and made his first appearance in advertising campaigns for companies like Target and Mattel. Before being in his best-known character of Connor Stevens, in the series The Fosters, he appeared in different movies and series.

Gavin MacIntosh began his professional acting career in 2010 in a dramatic short movie 'Turns'. In 2011, he appeared in some additional short film like 'The Science of Death' as Young Martin Thomas and in 'Breathe' as Young Jonathan. In the same year, he made his feature film debut in the martial arts themed drama 'Blood Games: Sanctioned to Die', along with his brother Gage.

In 2011, Gavin MacIntosh made his television debut playing the role of Ron's scout troop on the NBC comedy series 'Parks and Recreation'. In 2012, Gavin did the pilot episode of the science-fiction drama series H.O.P.E. as Young Brad.

Gavin MacIntosh got a chance of being in the ABC Family drama series, 'The Fosters', in 2013. Gavin, once, was even doubted to be gay in real life. The two young actor Gavin and Hayden's youngest same-sex kiss scene was featured as #9 in The 19 Biggest LGBT Moments on TV in 2015.

Gavin MacIntosh, actor with the net worth of $40000, is in a committed relationship with his girlfriend Brooke Sorenson. They are dating 2014. His girlfriend is an actress, best known for her role as Stephaine on the Disney XD Series 'Mighty Med'. Like Gavin, Brooke's family also relocated from North Carolina to Los Angeles.