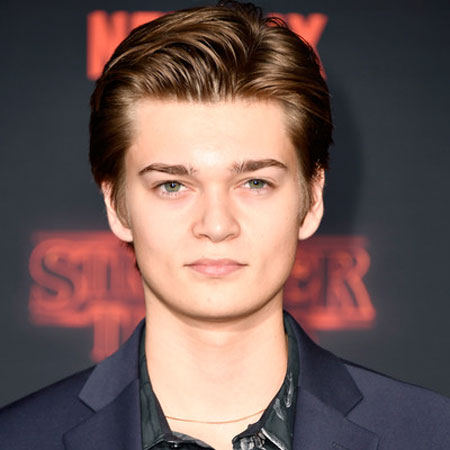 American actor, Elijah Stevenson is well recognized for his role as Oliver Schermerhom in the Netflix’s web series, Everything Sucks!. He grabbed huge fan following from his work in the series. Stevenson made his Hollywood debut in 2016 from the movie, Captain Fantastic. The same year, he also worked in Second Nature.

Before pursuing his big screen career, he appeared in several theater plays.

Elijah Stevenson was born on 12th September 1998 in the United States under the birth sign Virgo. Stevenson is American by nationality and belongs to White ethnicity.

Before making debut in TV, Stevenson performed in the Anderlin Arts theater productions of Beauty and the Beast, The Sound of Music and The Best Christmas Pageant Ever. 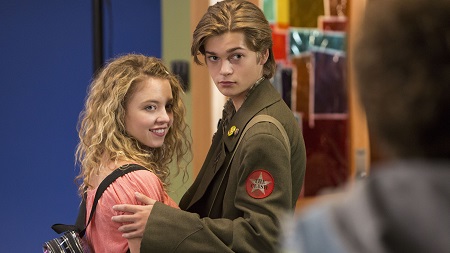 CAPTION: Elijah in one of the scenes of Everything Sucks! SOURCE: MTV.com

As of 2018, Stevenson is working in Netflix’s comedy-drama web TV series, Everything Sucks!. He appeared in the series with Peyton Kennedy, Sydney Sweeney, Rio Mangini and Patch Darragh among others.

Elijah Stevenson has an estimated six-figure net worth as per some online sources. But, the amount is still under review.

His 2016’s movie, Captain Fantastic earned $21.3 million at the box office made with the budget of $5 million. IMDB rated the movie 7.9 stars out of 10. He shared the screen with Viggo Mortensen, George MacKay, Annalise Basso, and Samantha Isler.

The average salary earned by a TV star ranges between $150k to $1 million.

Elijah Stevenson, the rising actor, is yet to get involved in any serious relationship. Stevenson is more focused on his career rather than any other things. With limited information about his love life, he is possibly single at present.

Stevenson is close to all his fellow casts of Everything Sucks!. 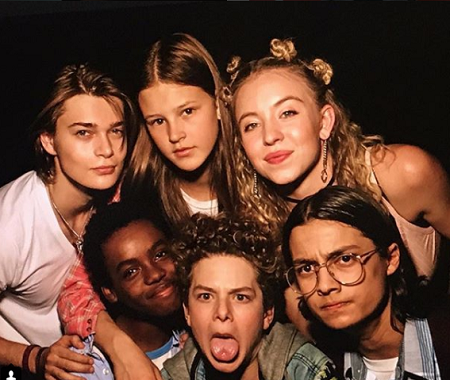 CAPTION: Elijah with the casts of Everything Sucks! SOURCE: Instagram

He is active on social media and has a good fan following. As of 2018, his Instagram account has over 92.1k followers.

Here is the video where Stevenson along with the cast of Everything Sucks! talks about the Series: