Professional since 1994, a multi-talented personality Peter Dante is an American character actor, comedian & musician. Widely famous & trademarked for mostly working with actor/ producer Adam Sandler and in Happy Madison Productions movies, Dante records 29 acting credits in 2020. Throughout his career journey, the Connecticut-born got wide acclaim for his acting prominence. He has worked in many box-office successful films that include The Wedding Singer (1998), The Waterboy (1998), 50 First Dates (2004), Just Go with It (2011), and Grown Ups 2 (2013).

Aside from his own professional portfolio, Pete grabbed the limelight with his relationship with ex-wife Cynthia Pett-Dante's career too; she has also worked as Brad Pitt’s manager.

What Is Peter Dante's Age?

Peter Francis Dante was born on December 16, 1968, in West Hartford, Connecticut, USA. His father's name is Anthony Dante while his mother is Joan Dante. He holds an American by nationality and belongs to the white ethnicity. 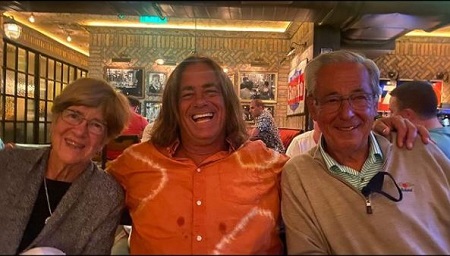 Dante attended Hofstra University and played lacrosse; moreover, he later serve as an assistant coach for the lacrosse team of Loyola Marymount University during the 2011 season. Reportedly, through his post-graduate year (1987-1988) at Fork Union Military Academy, he played football and lacrosse.

When Did Peter Dante Make his Acting Debut?

Dante made his on-screen debut in 1995 through the sitcom The Jeff Foxworthy Show and then in The Larry Sanders Show (1995-96). The American actor got his feature film debut & a jump to the limelight with the romantic-comedy The Wedding Singer starring Adam Sandler, Drew Barrymore, and Christine Taylor. The movie became a box-office hit with a collection of  $123.3 million over the budget of $23 million.

Since Peter is a good friend of Adam Sandler, he frequently appears in the films starring Sandler; moreover, the films from Happy Madison Productions add up to the specification.

Having appeared in The Waterboy (1998) and Big Daddy (1999), the American actor, for the first time working in the Happy Maidson Production film Little Nicky in 2000 opposite Patricia Arquette. Ever since he has mostly worked in the production's movies that feature Adam Sandler, some of them including:

From the late 90s to the early 2010s, Dante actively worked on the big screen along with minor TV roles. However, after mid-2010, his on-screen participation seems comparatively less.

Having worked in the TV series Typical Rick (2017) and Sugar and Toys (2019), Peter Dante has also starred in the project The Pizza Joint. As per IMDB, his comedy film Road to Wherever is under pre-production with Dian Bachar and Philip Ethridge in the main cast.

He will portray Ermie Lazlo in the upcoming drama Paper Bullets (announced but further details are yet to be out). As per IMDb, his other project under development is Sunshine Shasta but both of the projects are not officially announced for now.

Did you know? Peter Dante met Adam Sandler when they both attended a basketball match; at that time, Dante was already working as a production assistant on 'The Larry Sanders Show'. After exchanging a fan-celebrity conversation, Sandler reportedly recognized a fellow New Englander accent and asked Dante to play a one-on-one basketball game with him. It was the start of their friendship.

According to Celebrity Net Worth, Dante, in his early 50s is believed to have an estimated wealth of $10 million. No doubt, the Connecticut-born actor made a chunk of his fortune through his acting career. Thanks to his friendship with Adam Sandler and notable roles in many box-offices hit films.

As for a fact, Peter Dante wrote, produced, and starred in the 2006 American stoner comedy Grandma's Boy. Although it made only $7 million at the box office, DVD sales made over $30 million. 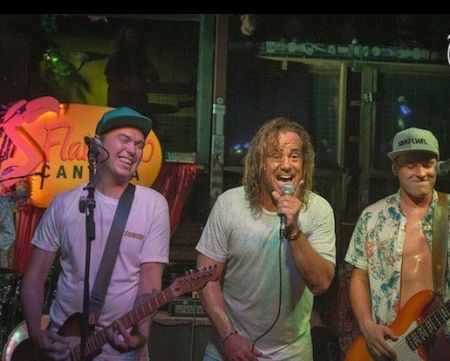 Aside from acting, he earns a considerable sum through his career as a musician and singer/songwriter. A member of the music group Rad Omen, Dante also released his debut album Peace, Love, and Freedom in 2011. His popular songs include Dirty Road and My Purple Tree And Me.

The Grown Ups 2 actor has also gained an impressive sum on his net worth as assistant coach of the lacrosse team. Back in Jan 2011, he received $3,000 from Loyola Marymount University.

Lawsuit Over A Property Fraud

Reportedly in May 2018, Peter and his then-wife Cynthia saw a lawsuit by Megan Fox alleging that the couple's Malibu home sold to Fox had serious issues including a serious mold problem, and referred to it as a 'money pit'. Megan had purchased the property for $3.2 million in 2016 and was asking for $5 million in damages.

Later in October 2018, Cynthia made highlights stating that Fox's lawsuit was a fraud and filed documents asking the court to dismiss the case. Furthermore, she added that Jennifer's Body actress had bought the property after 3 months closing period and several inspections.

Peter Dante was in a marital relationship with his then-wife Cynthia Pett-Dante. However, the details of their wedding or courtship never came up. Moreover, they became parents of 2 children: Jake Dante and Lucas Dante.

In 2015, Dante's son Jake was sued by a victim named Davidson alleging involvement with Jake resulted in a broken nose and a dislocated shoulder. 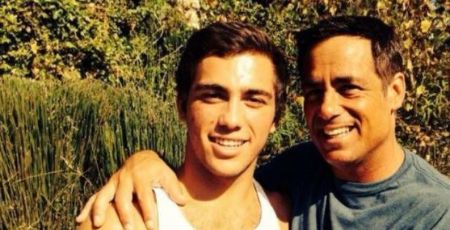 As of now, Peter and Cynthia are already divorced. According to UniCourt, the actor's then-wife Pett-Dante filed for divorce on April 4, 2010, at Los Angeles County Superior Courts in LA, California. No further report of Peter's relationship is out; he is not officially dating or has any publicly disclosed girlfriend after his split.

The Waterboy actor is an avid user of Instagram and Twitter but had hidden the followers of his Instagram for now. Back in 2013, he created a self-titled YouTube channel which currently has 182 followers and 14,332 total views

According to Influencer Marketing Hub, Peter earns around $477 to $795 per sponsor post with an engagement rate of 0.65%.