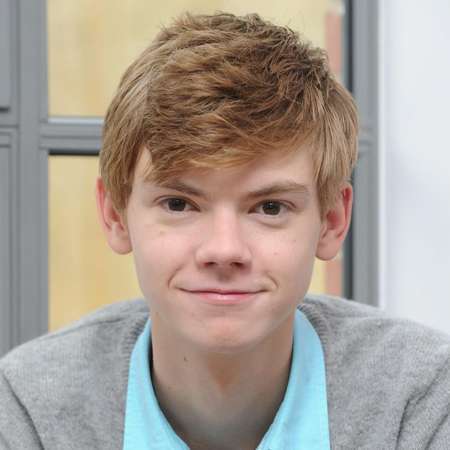 Thomas Brodie Sangster, an English actor and musician, was born on May 16, 1990. He is famous for his roles as Jojen Reed in ‘Game of Thrones’, John Gracy in ‘Thunderbirds are Go’, Sam in ‘Love Actually’ and Newt in the ‘Maze Runner’ film series. He is the voice of Ferb Fletcher in the American animated series Phineas and Ferb and has also made a cameo appearance in the 2015 film ‘Star Wars: The Force Awakens’.

Thomas Brodie Sangster was born to Mark Ernest Sangster and Anastasia in Southwark, London, England in 1990. Both his parents were also actors. Additionally, his father is also a film editor and a musician. He also has a younger sister named Ava Sangster. From an early age, Sangster was eager to play the guitar and learnt to play bass and guitar left-handed to portray the left-handed Paul McCartney in the feature film Nowhere Boy. He also learned to play drums from his father for his role in ‘Love Actually’.

Thomas Sangster has a mixed ethnicity. His father is Scottish, from Banchory, Scotland. His mother has English, and small amounts (to varying degrees) of Scottish, Channel Islander (Jersey), Welsh, Cornish, French, and Belgian (Walloon), ancestry.

Thomas first acting role was in a TV film called Station Jim. He then appeared in many TV films including his main roles in The ‘Miracle of the Cards’, ‘Bobbie’s Girl’ and ‘Stig of the Dump’. Thomas’ first major theatrical film was Love Actually, for which he received a nomination for a Young Artist Award and Golden Satellite Award. In 2007, Thomas has appeared many times in the series, Doctor Who and the series audio dramas The Bride of Peladon and The Mind’s Eye. He also appeared in an action-adventure film called The Last Legion and, in the same year, he voiced for an animated series Phineas and Ferb as Ferb Fletcher.

In late 2007, Thomas Sangster also worked on the film Pinocchio. In the month of March in 2008, he was announced to be starred in the film, The Adventures of Tintin but due to scheduling difficulties, the role was instead given to Jamie Bell. He later joined the cast of the film, Bright Star and in 2009, he was casted in an award winning artist Taylor-Wood’s directed film called Nowhere Boy.

In 2011, Thomas appeared in the movies The Last Furlong, Albatross and My Left Hand Man and also made the guest appearance in the British Detective drama called Lewis. In 2012, Thomas starred in a short film, The Ugly Duckling and in an action comedy film, The Baytown Outlaws. In 2014, Thomas was cast as the main role in the The Maze Runner series, for which he received nominations for Teen Choice Awards.

Thomas Sangster also voiced as John Tracy in a science fiction tv series called Thunderbirds Go. The same year in 2015, he also played in a miniseries called Wolf Hall and made a cameo appearance in Stars Wars: The Force Awakens. Thomas with his mother established a company, Brodie Films in 2006 but was dissolved in 2013. In the early 2010, he joined the band named Winnet in which his mother, Tasha Bertram as the vocalist.

Thomas was in an affair with Isabella Melling, an actress which he confirmed multiple times in many interviews but it seems like they have split up. He is currently single as he hasn’t confirmed any relationship involvement or having girlfriend so there’s no question about him being married. Thomas stands 5 feet 10 inch tall with a weight of 68 kg. His estimated net worth is around $1.5 million but his exact salary is unknown.