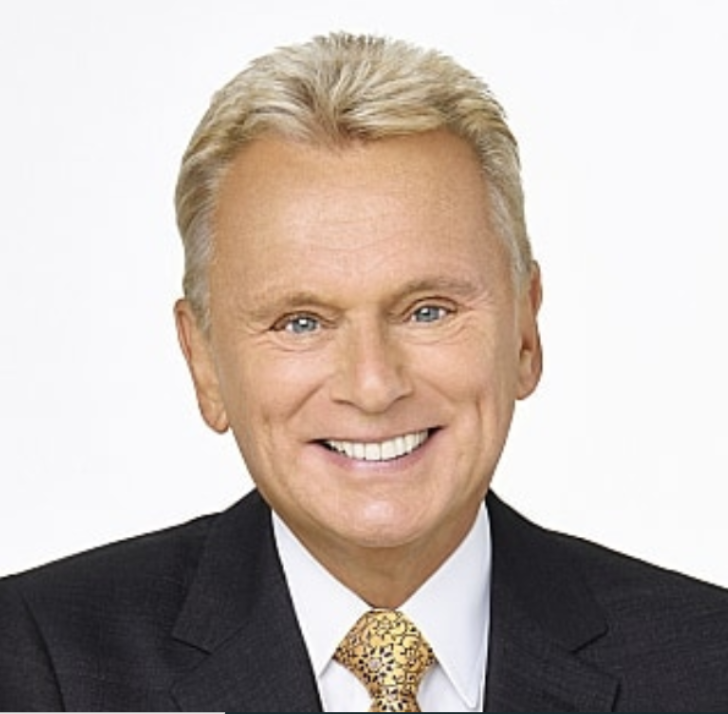 Emmy Award-winner Patrick Leonard Sajdak also known as Pat Sajak is quite popular for being one of the most successful game show hosts in history. The television personality is best known for hosting Wheel of Fortune. Besides that, he is also recognized for his acting roles in Airplane II: The Sequel, Super Password, and The A-Team.

The 74-year-old television host makes most of his multi-million dollar fortune from hosting Wheel of Fortune. According to Celebrity Net Worth, Sajak has a net worth of $70 million as of May 2021. 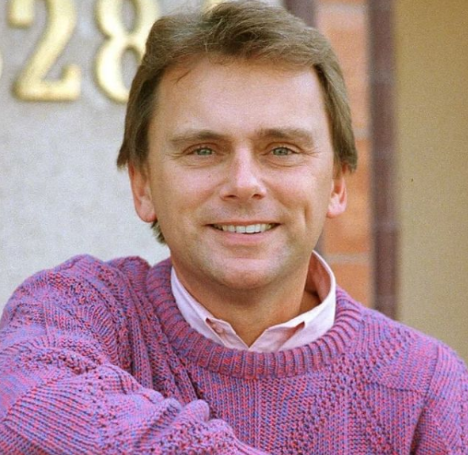 Sajak resides in Severna Park, Maryland where the median house price starts from $595,974. Similarly, his second home is located in Los Angeles, California where the median price of a house ranges around $1,050,00 as of 2020.

He also owns Maryland-based AM radio station WNAV in Annapolis since 1998.

When Did Sajak Begin His Career?

Born and raised in Illinois, Sajdak began working as a news anchor at the local radio station WEDC. In 1968, she joined the U.S. Army during the Vietnam war. During this time, he deejayed on Armed Forces Radio with the line "Good morning, Vietnam!".

Likewise, in the early 70s, he worked as a DJ in Nashville in the 3:00-5:00 p.m. time slot as their afternoon personality. In 1977, he moved to Los Angeles and landed a full-time weatherman position at KNBC-TV.

Pat's Journey As The Host Wheel Of Fortune

In 1981, Pat was asked if he would be interested in taking over the duties as host on Wheel of Fortune by Merv Griffin. However, then-president and CEO on NBC Fred Silverman rejected the idea claiming him "too local".

In response to Fred, Griffin shut down the entire show and refused to film new episodes until Sajak was hired. Later Silverman was dismissed due to repeated programming failures and was replaced by Brandon Tartikoff who accepted Pat.

Since 1983, Sajak began hosting the daytime and syndicated evening versions of Wheel. He continues to host the latter version for the past 30 plus years.

In 2018, Sajak became the longest-running host of any game show surpassing Bob Barker from Price in Right. On 22nd March 2019, Guinness World Records honored him with the title. 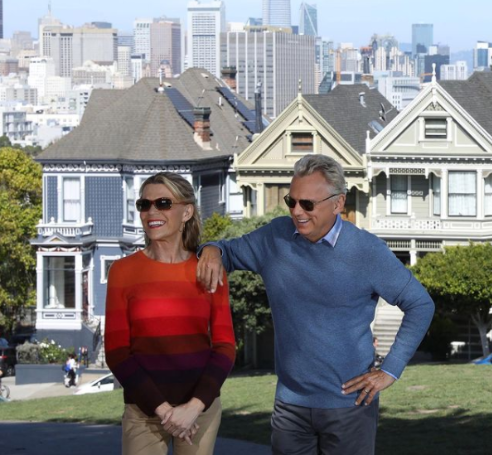 CAPTION: Sajak and his co-host Vanna White on the set of Wheel of Fortune SOURCE: Instagram @officialvannawhite

For his work in the game show, Pat has been nominated for the Daytime Emmy Award for Outstanding Game Show Host 19 times, winning three times.

He has been hosting the show for about 35 years and is under contract with the show until 2022.

Apart from Wheel of Fortune, he has guest-starred in several films and TV shows like Airline II: The Sequel, The Pat Sajak Show, Super Password, and Dream House.

Personal Life- Where Was He Born In?

Patrick Leonard Sajdak was born on 26th October 1946 in Chicago, Illinois, the United States of America to Joyce Helen Brandecki and Leonard Anthony Sajdak. He is 74-years old as of 2021.

Similarly, he went and graduated from Farragut High School in 1964. He then went to Columbia College Chicago and worked as a desk clerk at the Palmer House hotel during this time.

Who Is Pat Married To?

The multi-millionaire television host is married to photographer Lesly Brown. They exchanged their wedding vows on 31st December 1989 amidst family and friends. 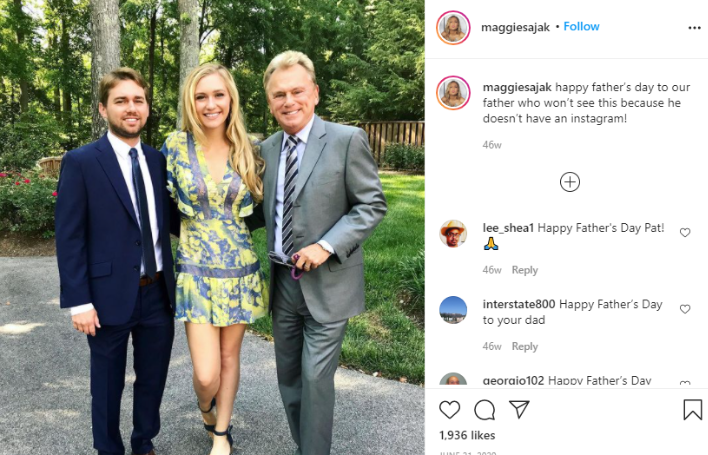 CAPTION: Maggie uploaded a photo of her with brother Patrick and father on Father's day SOURCE: Instagram @maggiesajak

He was previously married to Sherril Sajak. They got married in 1979 and went separate ways in 1986.

On 8th November 2019, Pat underwent emergency intestinal surgery to remove a blockage. He returned to work on 5th December 2019.