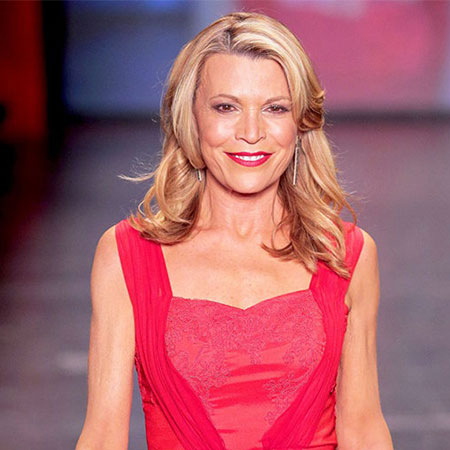 Vanna White is an American Television personality and film actress who rose to as a host of the television game show Wheel of Fortune which she has been hosting since 1982. Besides, she is also known for her appearance in the NBC television film Goddess of Love where she worked asVenus.

Vanna Marie Rosich aka Vanna White was born on February 18, 1957, in Conway, South Carolina, the USA under the zodiac sign of Aquarius. Her zodiac sign defines her as a friendly, humanitarian, intelligent, and inventive person. Her father's name is Joan Marie and mother's name is Miguel Angel Rosich-her parents divorce when she was an infant.

After she completed high school, she moved to Atlanta, Georgia where she studied fashion at Atlanta School of Fashion and even worked as a model there.

Vanna White went to Los Angeles in 1979 to pursue an acting career but she returned to South Carolina to see her mother, who was battling ovarian cancer. After the death of her mother, she returned to LA and started working on a TV game show. She first appeared in an episode of The Price Is Right On June 20, 1980. Before appearing on a TV show, she participated in Miss Georgia 1978 pageant.

White appeared in Wheel of Fortune as one of three substitute hostesses when the previous hostess Susan Stafford left in October 1982. The Wheel of Fortune gained tremendous fame for years and by 1986, it garnered 30 million viewers on aggregate. In 1999, Wheel of Fortune's 16th year in syndication, the CBS and NBC show was seen by approximately 40 million viewers. On December 1982, White became a regular hostess. of the show. In 1987, White published her autobiography Vanna Speaks which was a best-seller. 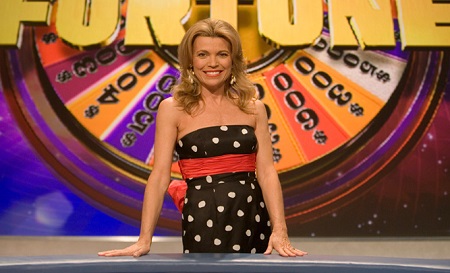 In 1988, she made her appearance in the NBC film Goddess of Love where she played a role of Venus. Besides, she also appeared on television shows such as L.A Law227, Simon and Simon, Super Mario Bros. Super Show, Full House, and The King of Queens.

She has also worked in big screen movies which include Naked Gun 33?, The Final Insult(1994), Double Dragon(1994) and Graduation Day (1981). In 1992, she set a record in the Guinness Book of World Records as television's most frequent clapper. On April 20, 2006, White was honored with a star on the Hollywood Walk of Fame, where stars like Pat Sajak, Merv Griffin, and Alex Trebek were the key witness.

According to the sources, Vanna White has signed a contract with NBC as a hostess of Wheel of Fortune up to 2022.

You May Also Like Vanessa Simmons, Nikki Mudarris, Elita Loresca

Vanna White is a successful television personality and actress who has accumulated a staggering net worth which is estimated to be about $50 million as of January 2019. She has collected a decent amount of money from her acting career. Before she started her acting career, she worked as a model from which she earned a good sum of money.

Perfect #liscenseplate for this #tesla.

White owns Tesla Model 3 which cost about $35,000. Meanwhile, Vanna White received about $5.2 million in 1987 as a settlement of a lawsuit which she filed against Playboy for releasing photo from her early modeling days without her consent.

Before she started dating Michael, she was married to George Santo Pietro, a restaurant owner. They got married in 1990 and two years after their marriage, she became pregnant with their first child. In 1994, they welcomed their son Nicholas Santo. In 1997, they welcomed their second child, a daughter Gigi Santo. They were happy with their marriage which gave them two beautiful bundles of joy, however, their relationship didn’t go well at the starting of the 2000s and they got divorced in November 2002.

She was romantically linked with John Gibson, a Playgirl centerfold/Chippendale in the 1980s and they even got engaged. In 1986, Gibson died in a plane crash after which she was shattered. She took a long time to move on after the death of her then-boyfriend Gibson.

Happy New Year from Our Family to Yours!

Below, we present a video where the talented TV actress and television personality Vanna White can be seen hosting her NBC show While of Fortune.