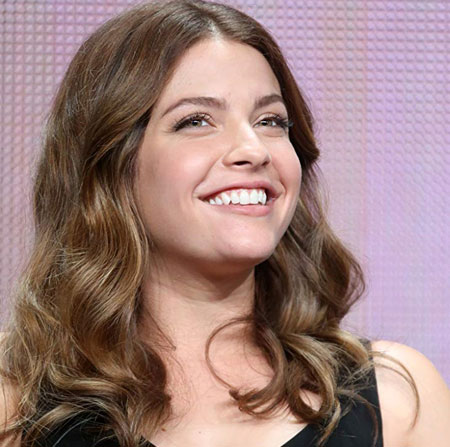 Paige Spara is an emerging American actor who has been working as an actor since 2010. Spara is most well-known for her role as Audrey Piatigorsky in the ABC sitcom Kevin from Work. She rose to stardom for her recurring role as Lea Dilallo in ABC medical drama The Good Doctor.

Paige Spara was born on August 8, 1989, in Washington, Pennsylvania, America to Kevin Spara and Kim Spara. She has an older sister, Taylor Spara and a younger brother, Jesse Spara. Spara holds American nationality.

Hi! Everyone thinks my birthday is today bc of Wikipedia! Lolzzzzzzzx who caressssss ... But it’s tomorrow! But I am so thankful for all the love everyone is sending my way and I just can’t believe this is my life at 30. To be able to feel this much love. THANK YOU FOR ALL THE LOVE AND MAKING ME FEEL IT TWO DAYS IN A ROW!

She completed her high school education from Washington High School in 2008. She studied at Point Park University in Pittsburgh for two years before she transferred to Marymount Manhattan College to study theater performance. She received a degree from the college in 2012.

Spara showed her interest in acting from an early age. She started acting at 12 when she joined Kid's Theater Works. She also continued acting at high school. She later learned acting at Pittsburgh Community Theater ad Irondale Theater in New York City.

Spara worked as a guide for a Gossip Girl bus tour in New York City as well as she was filmed as a greeter. She made her screen debut in 2010, appearing as Camilla in a short film Prospect Street. She worked in two more short films; What Showers Bring and After the Hurricane in 2014.

Spara landed her first main role as Audrey Piatigorsky in a family sitcom Kevin from Work in 2015. She played the character in all ten episodes of the series before it was canceled later that year.

In 2017, Spara played the role of a bartender in Reese Witherspoon starrer Home Again shortly before she landed a recurring role in the ABC medical drama The Good Doctor. She plays the role of Lea Dilallo, the love interest of lead De. Shaun Murphy, played by Freddie Highmore. 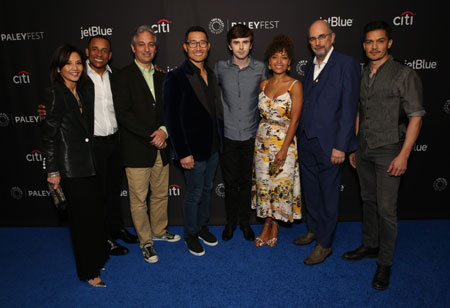 Spara was promoted to the main cast of the show that stars Nicholas Gonzalez, Richard Schiff, Tamlyn Tomita, and Fiona Gubelmann among others.

Actress Paige Spara's exact net worth is not revealed yet, however, some online tabloids have reported her net worth to be around $400 thousands. She has earned her lucrative net worth from her acting career where she is majorly recognized for her work in The Good Doctor.

She is still working in the ABC medical drama series that will undoubtedly pay her well in the future as well. So we can expect her net worth will rise exponentially in the coming days.

The 29-year-old American actress, Paige Spara, is not married yet. She is not dating any man at present as well. Despite being active in the entertainment world for around a decade, Spara has successfully managed to keep her personal life and relationship stuff behind the curtain. There are no details regarding her past relationships and boyfriend till the date.

Spara actively uses social media platform like Facebook and Instagram, in which she has boasted over 127k followers. She frequently shares photos with her costars on her Instagram, however, she hasn't shared anything about her personal life yet.