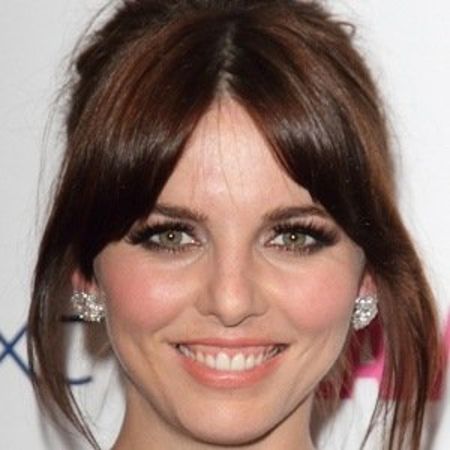 Ophelia Lovibond is an English actress widely known for playing roles of  Izzy Gould in W1A, Carina in Guardians of the Galaxy and Kitty Winter in Elementary.

She was previously in a romantic relationship with a handsome actor, Tom Hughes, who is currently dating his Victoria co-star Jenna Coleman.

Born in  London, Studied at University of Sussex

Ophelia Lovibond was born as Ophelia Lucy Lovibond on February 19, 1986, in London, the United Kingdom, in a one-parent family. She was raised on a housing estate in Shepherd's Bush, London.

She was not the only child of her parents but she has two siblings. Her mother was a Chartered Psychologist at Wormwood Scrubs Prison.

Lovibond completed her schooling from Latymer Upper School where was a scholarship student. She then studied acting at the Young Blood theatre company in Hammersmith.

She later learned English Literature at the University of Sussex, graduating with a first-class honors degree in 2005.

Ophelia Lovibond made her television debut at the age of 12; she appeared in the Channel 4 television program, The Wilsons. During an interview, she said that she hid her real age at the time to win the role.

Later in 2014, she played the role of Izzy Gould in the BBC satire W1A . She later appeared as Kitty Winter in the season 3 of Elementary.

In 2016, Lovibond portrayed Lady Alexandra Lindo-Parker in the Sky1 television series, Hooten & The Lady. She has also guested-appeared as a British agent in the 2019 series Whiskey Cavalier.

Lovibond made her film debut in Oliver Twist directed by Roman Polanski in 2005. In 2014, she played the role of Carina in the fantasy sci-fi film, Guardians of the Galaxy, alongside James Gunn, Chris Pratt and Zoe Saldana.

Her other film credits include Nowhere Boy, 4.3.2.1, London Boulevard, Mr. Popper's Penguins and No Strings Attached.

Living a Lavish Lifestyle With a Net Worth of $2 Million

Ophelia Lovibond has earned a huge amount of money from her film and TV career. The Elementary star has an estimated net worth of $ 2 million.

She is an adventurous person and loves to go on trips and vacations. Scrolling down her Instagram account, we have found her flying a play.

What this? Oh yeah this is me flying a plane. (Can’t actually believe they actually let me fly an actual plane. Actually). #chocksaway #newhobby #flighttraining #upupandaway

She even owns an adorable black dog. There is no doubt that she drives luxurious cars and is living a lavish lifestyle.

Ophelia Lovibond looks as if she is currently single and not dating anyone. However, the 33-year-old was previously in a romantic relationship with actor Tom Hughes, who has appeared as Prince Albert in ITV drama series Victoria and as Joe Lambe in BBC drama series The Game. 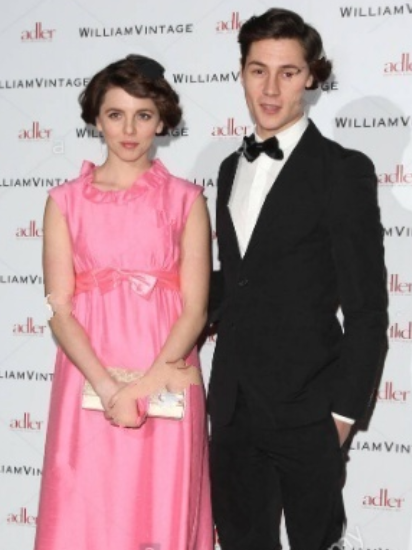 She started dating her former boyfriend in 2011 but their relationship did not last for long and they parted ways. Following the split, in 2016, Tom started an affair with his Victoria co-star Jenna Coleman and ever since they are happily together.