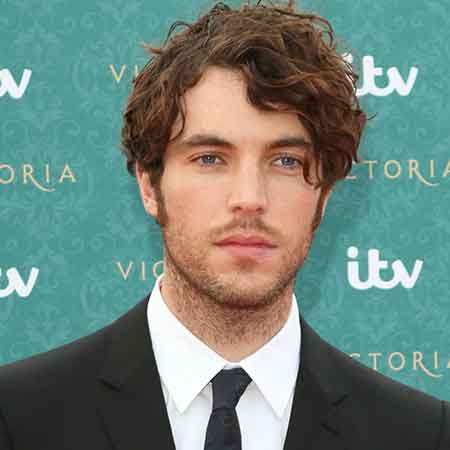 English Actor Tom Hughes is a multi-talented personality who has established himself as one of the leading faces in the entertainment field. He is a talented actor, model, and a musician. He's a man for all seasons. Hughes came to the limelight following his breakout role in the TV series The Game. His gained further attention after he started appearing in television drama series Victoria in 2016. His subsequent success includes Madame and Red Joan.

Tom Hughes was born on 18 April 1985, in Chester, Cheshire, Kingdom. He is the son of Sue Hughes and a musician Roy Hughes. Spending his early days in his birthplace Chester, he went on to study at the local high school. And then he attended the Liverpool Everyman Youth Theatre group.

Hughes became a part of the Cheshire Youth Theatre and the Jigsaw Music Theatre Company. In the year 2008, he graduated from the Royal Academy of Dramatic Art with a Bachelor of Arts in acting. He used to play guitar for indie band Quaintways.

Tom Hughes started his acting career by appearing in the spin-off BBC series Casualty 1909 in 2009. The following year, he went on to play the role in Ian Dury biopic Sex & Drugs & Rock & Roll for which he was nominated for a BIFA Award for Most Promising Newcomer after his marvelous performance in Sweet Nothings.

He was also featured in the comedy movie About Time, in  2012. Since 2016, he has been playing the lead role of Prince Albert in highly rated TV series Victoria alongside Peter Bowles, Catherine Flemming, and Daniela Holtz.

Tom Hughes' Net Worth And Salary

Tom Hughes showed his versatility in acting, singing, and modeling. And from his multiple professions, the actor has also collected a good amount of net worth which as per celebrity net worth is around $0.5 million.

As a model, Hughes' annual salary is around $55,000. In the year 2013, he was a cast in the romantic comedy About Time which became an instant hit at the box office grossing more than $87 million against its producing cost of around $12 million.

Tom Hughes is not married yet. He has been in a relationship with his actress girlfriend, Jenna Coleman since 2016. The power couple first met while filming  Stephen Poliakoff’s BBC Two drama Dancing on the Edge in 2013. They also worked together in the second series of ITV costume drama Victoria.

Coleman and Hughes are also rumored to be engaged. The rumor of their engagement sparked after the actress was seen with a sparkling ring on her ring finger during the screening of Victoria. She was, however, later seen without her engagement ring in London with her beau.

Prior to Coleman, Hughes had an affair with Ophelia Lovibond.