American actor Omar Dorsey grabbed widespread attention playing Lawrence in the road sex comedy film Road Trip in 2000. He gathered further fame starring as 'Big Tony' Hamilton in The Blind Side and Chicken Charlie in Django Unchained. His other acting credits' include Halloween, Starsky & Hutch, and Race to Witch Mountian.

Omar Dorsey was born in Decatur, Georgia, the United States, on December 22, 1975. His father is a reverend while his mother is a theater director. He is the only child of his parents.

He holds an American nationality and belongs to the Afro-American ethnicity. In 1994, Dorsey graduated from the Dekalb Center for the Performing Arts at Avondale High School.

Famous For 'The Blind Side' and 'Django Unchained'

Omar Dorsey got his debut role as Lawrence in Todd Phillips' Road Trip in 2000. The next year, he was seen in Clark Johnson's Boycott.

In 2004, Dorsey starred as Lamell in the buddy cop action comedy film Starsky & Hutch alongside Vince Vaughn and Juliette Lewis.

Omar landed his most iconic role of Big 'Tony' Hamilton in the biographical sports drama film The Blind Side in 2009. He portrayed Chicken Charlie in the revisionist Western film Django Unchained in 2012. 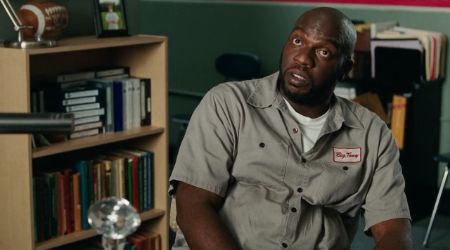 Omar Dorsey starring in The Blind Side SOURCE: Fusionmovies

His other notable projects are Hollywood Adventures, Dog Eat Dog, and Aquarius. Since 2016, the actor is appearing in the TV drama show Queen Sugar.

Further, Dorsey was cast as Sheriff Barker in the slasher film Halloween in 2018. He will reprise his role in its 2020 sequel Halloween Kills.

Whopping Net Worth of $5 Million

Omar Dorsey, 44, has gathered a tremendous amount of fortune from his professional acting carer. According to tabloids, the actor holds an estimated net worth of $5 million, as of January 2020.

Dorsey has been a part of numerous hit and commercially successful movies. Some of his movies and their budgets and box office collections are listed below,

Tied The Knot With Conisha Wade

'The Blind Side' star Omar Dorsey is a married man. He shared the wedding vows with Conisha Wade on 17th November 2012 in a beautiful wedding ceremony. 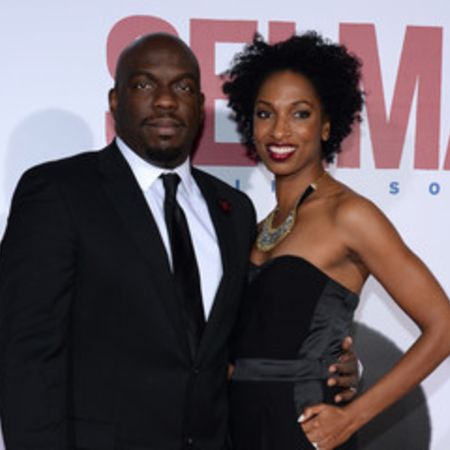 His wife is an actress and producer mostly known for her roles in Black Girls Heart Charlie and VR: Evolution.

The couple has two children, one of who is their daughter Olivia Dorsey. The name of his second child has not been disclosed yet. The family of four currently lives in Atlanta, Georgia.