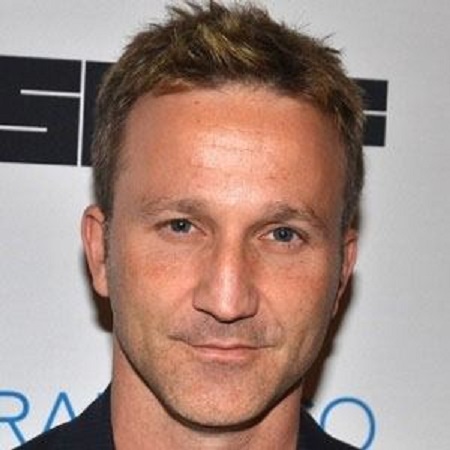 Breckin Meyer is an American actor, voice actor, producer, writer and drummer best known for his appearances in several hit movies such as Road Trip, Rat Race, Clueless and Garfield: The Movie. Once married to film director Deborah Kaplan, Meyer is currently in a relationship with his new girlfriend Linsey Godfrey.

Born in Minneapolis and Raised With Two Brothers

Breckin Meyer was born as Breckin Erin Meyer on May 7, 1974, Minneapolis, Minnesota, the United States of America, his parents Christopher William Meyer and Dorothy Ann.

His father was a management consultant while his mother was a travel agent and microbiologist. He was raised along with two siblings; an elder brother Frank Meyer and a younger brother Adam Meyer. Frank the producer of Fresh Ink Online at G4tv.com.

He has spent most of his life in California, West Virginia, Texas and New Jersey. He is of American nationality and belongs to White ethnicity.

Breckin Meyer studied at an elementary school where E.T. the Extra-Terrestrial actress Drew Barrymore was his cla s smate. He then attended Beverly Hills High School and completed his graduation.

While in elementary school, an agent for Barrymore contacted Meyer and signed him. He was seen in several television advertisements at a very young age.

Breckin Meyer made his acting and film debut with a small role of Cody in the 1990 teen action movie, Camp Cucamonga.

In 1995, he then had a breakthrough screen role of a skateboarding stoner in the teen romance hit Clueless alongside Alicia Silverstone, Paul Rudd, Donald Faison and Brittany Murphy.

In the following year, he was offered similar roles in the mystery drama film The Craft and sci-fi film Escape from L.A.

The Hollywood star has since appeared in dozens of films such as Changeland, Road Trip, Rat Race, Ghosts of Girlfriends Past, The Craft, Kate & Leopold, Stag Night, Camp Cucamonga, Corporate Affairs and Blue State.

Meyer first started his television career by proving the voice of Spud in 23 episodes of an animated television series, Potato Head Kids, in 1986.

Two years later, he appeared as Gary Cosey in an episode titled "The Heart of Darkness" of the comedy-drama series, The Wonder Years.

He has since appeared in numerous television series including Franklin and Bash, The Fix, Men at Work, Ghosts of Girlfriends Past and Married to the Kellys.

Estimated Net Worth is $8 Million

Being one of the successful and renowned Hollywood actors, Breckin Meyer earns a lot of money from his film and television career. He is one of the highest-paid actors in the United States.

According to the Celebrity Net Worth website, Meyer has an estimated net worth of $8 million with a handsome amount of salary. 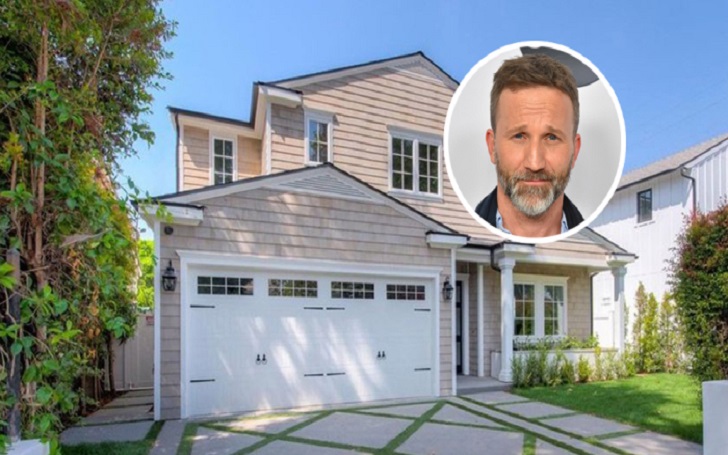 He owns a $2.2 million worth house in Valley Village, California. The house has covered 4,142 square feet property in total and it consists of 5 bedrooms and 5.5 bathrooms.

In a Relationship With Girlfriend Linsey Godfrey

As we mentioned earlier, Breckin Meyer is in a romantic relationship with his girlfriend Linsey Godfrey. Linsey is an actress who plays the role of Caroline Spencer on the CBS daytime series The Bold and the Beautiful. 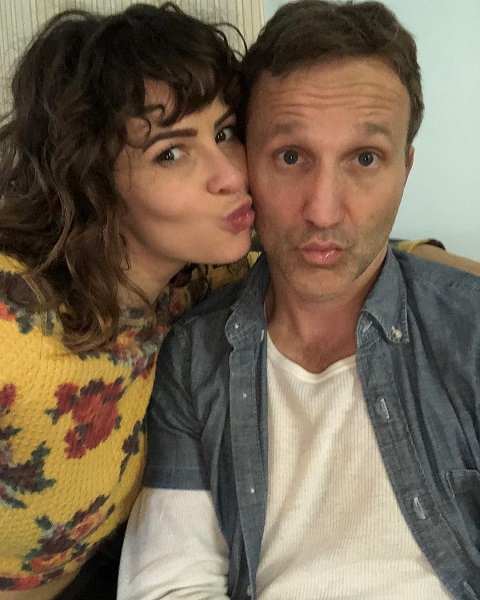 The boyfriend-girlfriend duo started dating in June 2018 and ever since they are having good times together as a couple.

Meyer was previously married to a screenwriter and film director, Deborah Kaplan. The pair tied the knot in a beautiful ceremony on October 14, 2001. 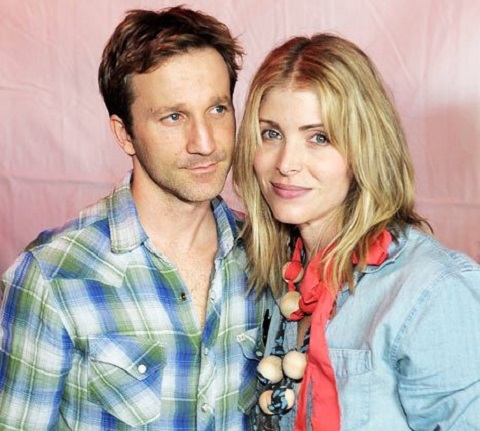 They had an on-off relationship before they finalized their divorced in 2014. The former husband-wife duo shares two daughters, Clover Meyer and Caitlin Willow Meyer together.