Oh My God! Woman Gets Weird 'Black Hairy Tongue' After She Takes Antibiotics For Her Injured Legs 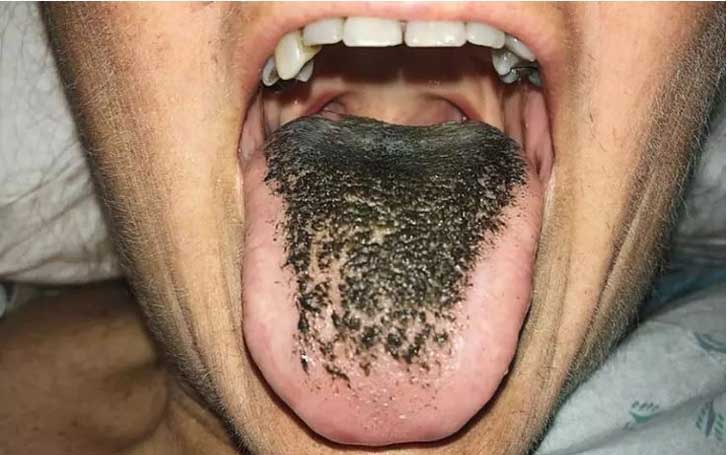 Sometimes we have to face what we have never thought of. Such an incident has happened to an American woman recently.  A New England woman, 55, has come up with a case claiming she grew hairs on her tongue.

The woman says she had been taking the antibiotics minocycline to treat an injured leg which she got in a car accident. She claimed, within a week since she started taking antibiotics, she started feeling a bad taste in her mouth and her tongue appeared to be carpeted.

An assistant professor in the Department of Medicine at the Washington University School of Medicine, Dr. Yasir Hamad, told CNN that the patient had a "typical textbook case" of the condition. Hamad said,

Black hairy tongue is a benign condition characterized by hypertrophy and elongation of filiform papillae on the surface of the tongue, with brownish-black discoloration.

The investigators revealed that the woman's case was due to the side effects of two antibiotics, including minocycline and meropenem. The researchers further said the woman is doing better now and within four weeks since she stopped taking antibiotics, she stopped growing hair and her tongue returned to its normal color.