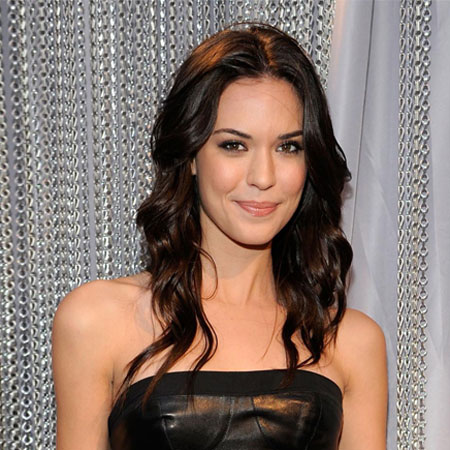 American actress Odette Annable rose to stardom following her significant role in in the Fox medical drama series House. She is also mostly known for her work in the ABC drama series October Road and Supergirl. The actress has also played a number of important roles in several successful movies like Kindergarten, The Holiday, and Transformers.

Odette Annable was born Odette Juliette Yustman on May 10, 1985 in Los Angeles, California, U.S.A. She is the daughter to Lydia and Victor Oscar Yustman.

Annble belongs to American nationality and ethnicity wise, she is form a mixed ethnical background as her mother is Cuban and her father is of Italian and French descent. She was raised up in her hometwon, in LA, California.

Annable is a graduate of Woodcrest Christian High School in California and there she was the homecoming queen. Before she decided to take up acting as a career she had planned on getting a degree in business finance from Loyola Marymount University.

Throughout her career she has been doing television shows and movies. The acress made her acting debut at the very early age of 5 playing a Spanish-speaking student Rosa in Kindergarten Cop. She did other shows and movies like October Road and South Beach.

In 2007, Annable featured in the movie Reckless Behavior: Caught on Tape. She also made an appearance in the comedy film Walk Hard. In 2009 she appeared in the movie The Unborn. Other of her works includes the fox comedy, Breaking In and House and ABC drama pilot Westside. She is known mostly for doing the popular Franchise Transformer: Revenge of the Fallen.

Annable also played the role in TV series Supergirl for a year from 2017-18 and was nominated for Saturn Award for Best Supporting Actress on TV. In 2018, she appeared in Elena of Avalor.

Odette got nominated for Choice Movie Actress at the Teen Choice Awards IN 2008 for her work in Cloverfield.

Through her numerous breakout roles in a number of big budget movie Odette Annable has made a considerable amount of money. But the exact amount of her net wort is still under review which as per some online source is belived to be more than $1 million/

Odette Annable married her  long time boyfriend Dave Annable on 10th October 2010. The couple first met while she appeared as a guest alongside her husband Dave during  a five-episode character arc on Brothers & Sisters in 2006. After a few months, the two started dating.

The couple became the parents for the first time after Annable gave a birth to their first child, a daughter Charlie Mae Annable on 7 September 2015.

The family of three currently lives in Atlanta, Georgia. Prior to Dave, she was in a relationship with Trevor Wright.

Besides, Annable has a puppy named Navy. Odette’s interest includes Sports and Fashion. She is also the huge fan of Angelina Jolie.