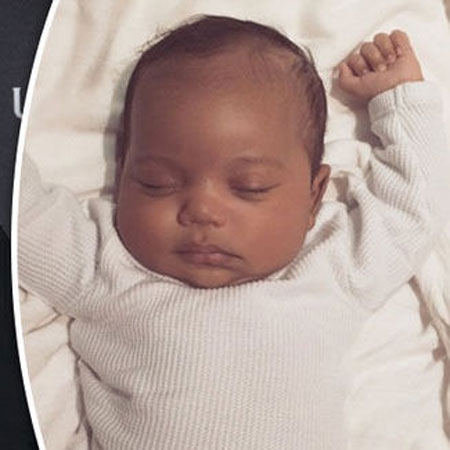 Saint West is the first born son and second child of super celebrity couple Kim Kardashian and Kanye West. Though he is now only one year old, West is already famous than most of us.

Saint West born on 5 December 2015 in Los Angeles, California, United States of America. He was born to Kim Kardashian and Kayne West. On Monday, December 7, 2015. His mother, Kim, disclosed Saint's name by her Instagram account.

Saint is currently spending his childhood days in his birthplace Los Angeles along with his elder sister, North West who is three years older than him. Saint was a premature baby who was born 20 days before the delivery date. He is the nephew of Kourtney Kardashian and Khloe Kardashian. Regarding his nationality, Saint is an American and ethnicity wise; Saint is of mixed ethnical background.

Saint West has currently begun walking and talking. Saint’s parents married in May 2014. The couple welcomed their first child, a daughter North on June 15, 2013.

Both Kim and her husband Kanye frequently share many lovely pictures of their children through their Instagram accounts with cute messages. Previously, Kim married Damon Thomas (2000-2004) and Kris Humphries (2011-2013).

Saint West is just a baby now who is currently spending his wonderful childhood days along with his older sister and beloved parents. Saint’s father Kanye West has an estimated a net worth of $160 million and his mother Kim’s net worth is $175 million as of 2017.