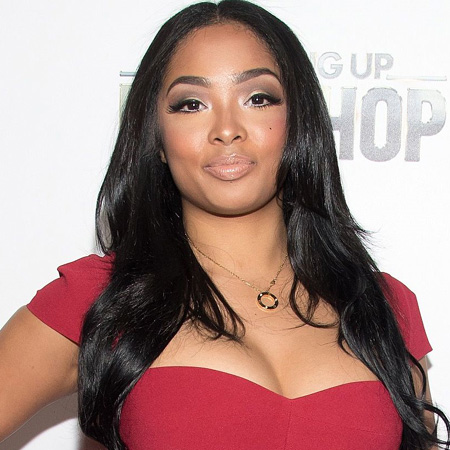 Princess Love is an African-American, reality star, fashion designer as well as model, who rose to fame after appearing in the top-rated VH1's reality show “Love and Hip Hop: Hollywood.”

Moreover, Love is widely acclaimed in the fashion world as a designer & has succeeded in various modeling projects including a cover shot for Smooth Magazine (American magazine). Besides, she is also known as the wife of the singer/actor, Ray J.

Princess Love was born as Princess Pilipina Love Norwood on 14th August 1984, in Oakland California, the United States. She belongs to American nationality and from a mixed ethnic background.

Love is born to an African-American father, Hugh Love and Filipino mother. At the age of 5, her parents separated. She is very close & shares a deep intimacy with her grandmother.

Love went to the Texas Southern University. Later, she joined the International Academy of Design and Technology.

Princess Love began her career at a very young age, and her high determination boosted her career.
During her starting phase of the career, she used to work as a stripper in some bars & clubs in Las Vegas, but her aspirations were much higher.

Love worked hard to draw her name as one of the top models in America. She was able to pursue her dream after getting an opportunity to be captured as the cover girl of Smooth Magazine.

Afterward, Love featured in a reality television show, “Love & Hip Hop Hollywood” and is still active with it since 2014.

Love is also a fashion designer & a fashion model as well. She has also done numerous modeling assignments and continues to do the same. She also appeared on the cover page in different magazines.

Moreover, Love and her husband, Ray J run a clothing line together as partners. Along with that, this couple started a fashion line along with Ray J’s sister, Brandy.

Brandy and love run a company which sales a varied range of products for men & women’s grooming, maintenance & styling and much more.

Princess Love’s current relationship status is married. She married to her boyfriend Ray J, a famous singer/songwriter as well as an actor.

The pair began dating since March 2014, and after dating for a year, they exchanged the engagement ring in January 2015. They tied the knot on August 12, 2016.

Previously, she dated a famous boxer, Floyd Mayweather Jr. The former pair started dating from 2012 to May 2014.

Being a well-known celebrity, Love has a huge fan following on social networking sites.
She is the queen of social media where she has more than 1.2 million followers on Instagram. Additionally, her Facebook & Twitter has crossed more than 11,000 and 76,200 respectively.

From her multiple businesses, Princess Love earns a decent amount of money. She also makes money from endorsements & sponsorship from several famous brands. As of 2017, her estimated net worth is around $2 million.