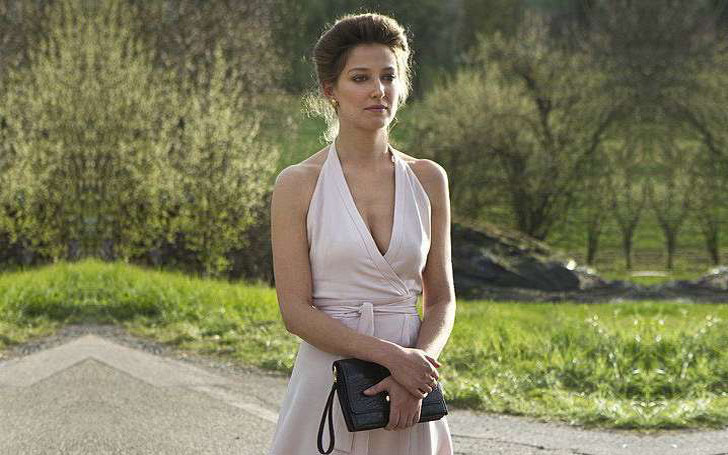 After an unexpected divorce with late Austrian former Formula One driver Niki Lauda, Marlene Knaus is living a happy life with her family members. The ex-couple, however, was married for 15 years with two adorable children.

Has Knaus moved on? Is she married to someone after divorcing her first husband? Know whether Marlene is still single or dating someone special.

What Is Marlene Knaus Doing These Days? Her Current Relationship Status

Marlene and Niki were one of the most attractive couples of their time but they were not meant to be together forever.

After the divorce from Niki in 1991 Marlene is simply living a life out of the reach of media and her fans.

There are no rumors regarding her current dating life. Well, we can simply make some speculations about her relationship status at the moment.

She's currently residing in Ibiza with her family; living most probably a single life.

Though there are no updates regarding the recent life we hope to see her in the headlines in the days to follow.

Marlene and the F1 legend tied the knot in 1976. They were allegedly one of the exemplary couples at the moment. Sources reported, the couple first met in the 1970s and dated for a few years before their marriage.

Niki, an aviation entrepreneur apparently fell for her charming beauty. They had two boys Mathias and Lukas.

Both of them are grown-ups now. Mathias is following the footsteps of his father and is a car racer whereas Lukas is also is not far from the wheels as he is Mathias’ manager.

Life is not always about love and wonders. Marlene and Niki's marriage is an example of it.

Some loves are not only love... Just a reason of life ! ?? #Rush #NikiLauda ##MarleneKnaus

The estranged couple took the crucial decision to separate back in the year 1991.

Marlene's ex-hubby got married again and added more kids to his family. He once stated that he's still close to Marlene.

Though the fans of the star were upset during the unexpected divorce of the couple, it's good to know that they are still good friends.

Following their divorce, Niki Lauda went on to marry his second wife Birgit Wetzinger, a flight attendant for his airline in 2008. The couple also had twin daughters Mia Lauda and Max Lauda, born in 2009. They were together until her spouse Niki's demise at the age of 70.

Niki Lauda, sadly, died in his sleep at the age of 70, on 20 May 2019. During the period of ill health, Lauda underwent dialysis treatment for kidney problems. On 2nd August 2018, Lauda also underwent lung transplant surgery in Australia.