Niki Lauda, former F1 driver, says the rumors of his divorce with his wife Birgit Werzinger is fake 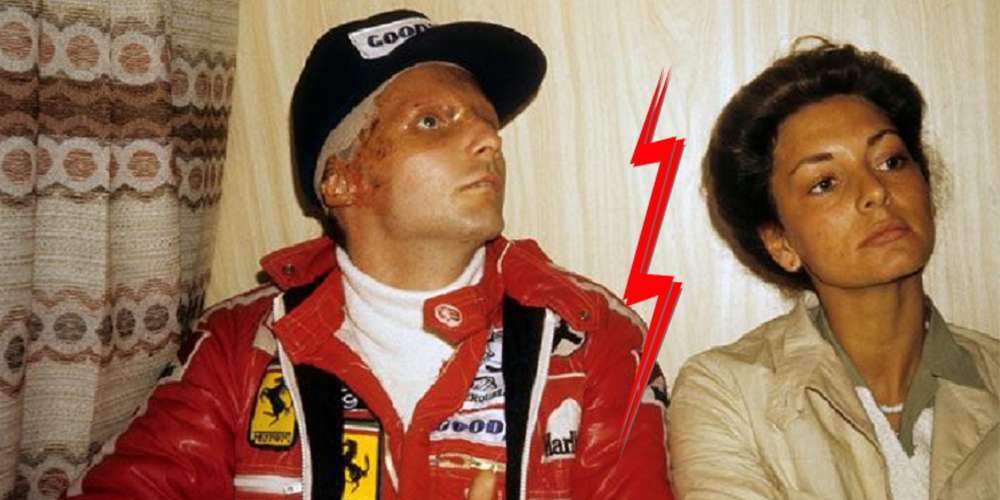 We all know the Former Formula1 racer Niki Lauda is an Austrian Citizen. The Ferrari's driver has huge fans all over the globe. After retiring from F1 for the second time, he founded Lauda Airlines and served as airlines manager and later worked as a commercial Captain in other Airlines called Niki.

Niki's Married life with Birgit Wetzinger
Luda's divorced the first wife in 1991 whom he married in 1976. Niki's married  the second time to Birgit Wetzinger on 2008 who was the employee of his airlines. According to the reliable source, Niki had been dated to his future wife Birgit since 2004. Birgit plays the vital role of his husband lives, she donated her kidneys to him in 2005 when his one kidneys failed to work.

In one interview he said the life he is living now it's all because of his wife Lauda and he added our relation is going perfectly well. He wants to keep secret his private life so, he refused to spoke more. He directly denied the fact of his divorce with Birgit. As we say now the news of divorced is not proven yet and it's rumor only. The couple has twins a boy and a girl: Max and Mia who were born on September 2009.

Niki's F1 Career
Niki was interested in racing since a young age, he started driving a racing car in 1971 in Mini and then F2 following year he promoted for the F1 season and participated in March's 1972 season as STP March Racing Team, which was catastrophic the team was dismissed in next year.

Lauda's good driving skills impressed the Ferrari owner Enzo Ferrari and Ferrari hired him in 1974. He was rewarded with second place in his debut race for the team, the season-opening Argentine Grand Prix. His first victory was Spanish Grand Prix. He secured first place in Dutch Grand Prix in the same year and became the fourth in F1 world Championship.

Niki spent 3 years in Ferrari and participated all Grand Prix where he became the F1 World champion in 1975 and 1977.  He met with an accident in 1976 and went to a coma for some time later he returned to racing.

Niki left Ferrari and joined Brabham in 1978 and played two seasons he could not make victory there. In 1978 he declared he is retired from racing after the unsuccessful season.

Lauda returned to racing in 1982 as a Marlboro McLaren driver and played three seasons. Again, he won the first place in World Championship in 1984. He retired from racing a second time in 1985 securing 10th position.  Later, in 1991 Niki returned to F1 in a managerial post at Ferrari he served till 2003 and retired from Ferrari once again. He became nonexecutive chairman of Mercedes AMG Petronas F1 Team from 2012 to 2015.

Lauda is not only the F1 racer but also an Aviation Entrepreneur and author who has written five books related to F1. He is regarded as world 22 F1 drivers of all time.

Lauda's first wife birthed two sons Mathia's and Lukas, Mathia's is also the F1 driver and Lukas is Mathia's manager. The mid-sixties Lauda is praised for great Sportsman in history.  He is one person who won World championship in Ferrari and Mclaren.