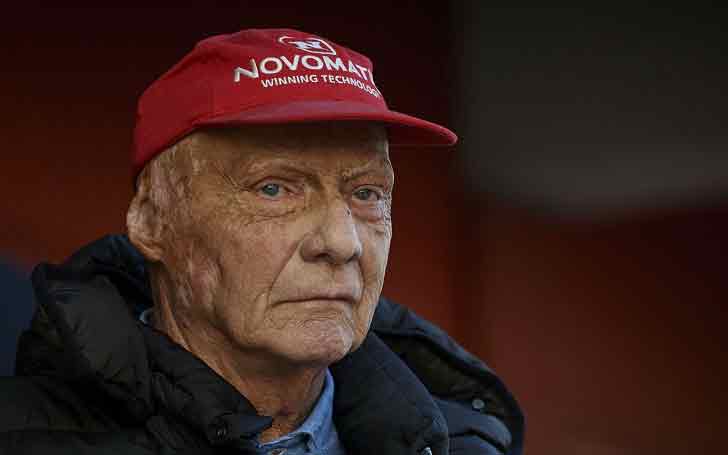 Legendary Formula-1 racer Niki Lauda has passed away. The three-time F1 world champion Lauda died on Sunday, 19th May at the age of 70.

His family announced his death on Monday, 20th May, describing he died "peacefully." The Australian legend won the title twice for Ferrari in 1975 and 1977 and McLaren in 1984. 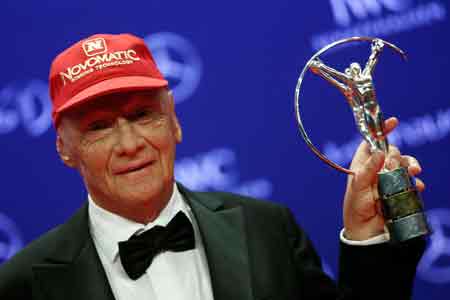 His unique successes as a sportsman and entrepreneur are and remain unforgettable.

His tireless drive, his straightforwardness and his courage remain an example and standard for us all. Away from the public gaze, he was a loving and caring husband, father and grandfather. We will miss him very much.

Born in Vienna in 1949, Lauda pursued a career in racing going against his family's wishes. His family wanted him to join his father in the paper manufacturing industry.

He started his F1 journey from Formula 3-a class of open-wheel formula racing and later made his way to Formula 2. In March 1971, Lauda debuted in F1 at the 1971 Austrian Grand Prix. Two years later, he came fifth for BRM in Belgium. The next year, he joined Ferrari and won his first Grand Prix in Spain. He won the F1 championship in 1975 with Ferrari.

His growing career halted after he was severely burned in a crash in the 1976 German Grand Prix. He miraculously survived the accident, however, remained in a coma for some days. Later he told USA Today of the crash,

The main damage, I think to myself, was lung damage from inhaling all the flames and fumes while I was sitting in the car for about 50 seconds. It was something like 800 degrees.

Just six weeks after the breathtaking crash, Lauda made his comeback to the tracks. In 1977, he won his second F1 championship with Ferrari before retiring briefly in 1979. He came back from his retirement in 1982 and claimed his third title in 1984, first with McLaren. He is the only racer to be a champion for both Ferrari and McLaren.

In 1985, he announced his retirement and focused on his further career as an airline businessman.

Last year, Lauda underwent a lung transplant following a severe lung illness. It was unclear whether the surgery was related to his crash.

McLaren paid tribute to the late racer through a tweet where it wrote: " Niki will forever be in our hearts and enshrined in our history." Here is the tweet:

All at McLaren are deeply saddened to learn that our friend, colleague and 1984 Formula 1 World Champion, Niki Lauda, has passed away. Niki will forever be in our hearts and enshrined in our history. #RIPNiki pic.twitter.com/Ndd9ZEfm6B

Lauda is survived by his wife Birgit, their two children; Max and Mia Lauda, his sons; Lukas and Mathias from his first marriage to Marlene Knuas, and son Christoph from an extra-marital affair.