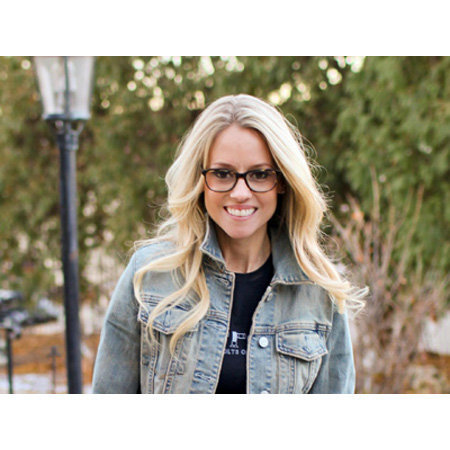 Reality star Nicole Curtis is an American host and designer who is famous for hosting the home renovation show Rehab Addict and Beach Flip of DIY and HGTV. She has spent more than two decades of her life in construction and renovating old homes.

Besides being the host of two-hit shows about interior designing and old house renovation, she is a licensed realtor, a multi-talented woman also successful in many professions. She is a woman for all seasons.

In addition, she advocates for the preservation and restoration of existing architecture over demolition when feasible. She has rehabbed homes in Saint Paul, Minnesota; Minneapolis, Minnesota; Detroit, Michigan; and Akron, Ohio.

Her work centers around pre-World War II homes and her renovation philosophy is to "restore old homes to their former glory" rather than modernization. After more than two years of break from TV, she made her comeback in 2021 with the new show Rehab Addict Rescue.

Nicole Curtis was born on 20 August 1976 in Lake Orio, Michigan. Her parents had a home renovation business in Detroit, which inspired her to become a designing expert.

Curtis graduated from Lake Orion High school in 1994 and started working in Hooters to join college. She attended different colleges in Michigan and Florida but dropped out without completing it to open a cleaning business.

In her days as a waiter at Hooters, she served many CEOs and would eavesdrop on them to gain some ideas.

Soon after her graduation, Nicole Curtis started her renovating career. Her first project was her own bedroom which was enough to give her the required confidence. She said that she had to be creative because of having no money.

Curtis is a self-made woman and her first career as a realtor was for Minneapolis broker, where she was a guest on the show "Sweat Equity." Six months later of that venture, she was offered her show with producing credits which is popular worldwide as "Rehab Addict." Its first episode was premiered on October 14, 2010, on the DIY network.

The reason for "Rehab Addict" popularity is that every episode literate the audiences about the architecture of houses and the presentation of the show with Nicole and her crew. There is an inspiration to save the old homes, and the people of America love it.

Every work on the show is explained, and the team is energetic. The show also reflects women's power. Professional Basketball player, LeBron James is often seen as a guest star of the show.

Curtis seems to have a profound knowledge of the architecture of houses older than 1800 to now. She is capable of reviving the almost destroyed homes to their original shape. She can feel the good and bad vibes around the houses.

Nicole Curtis believes that houses should be more energy-efficient and the components while making products should be environmentally friendly. She is also supporting local manufacturers by using their materials to renovate homes.

Her philosophy is "rehab, reuse and recycle" and her mantra is "old people, old dogs and old houses" which matches her personality.

Nicole founded Nicole Curtis Foundation which is collecting funds for a charity for various purposes; the foundation has attracted thousands of dollars for people living with cancer and fallen American soldiers. She also works with LeBron James' promise foundation for helping many victims.

Now, Nicole Curtis, David Bromstad, and Josh Temple run a new competition show called Beach Flip. But this show has not been able to gain popularity like Rehab Addict.

Her company was sued by the City of Minneapolis claiming that she failed to renovate the house that she bought for $2 in 2013. However, it was settled later at the starting of May 2017.

CAPTION: After more than two years of break from TV, she made her comeback in 2021 with the new show Rehab Addict Rescue. SOURCE: The Blast

She took a break from television in late 2018 and later made her comeback with a new show Rehab Addict Rescue in 2021 on HGTV. As per the channel:

"Each episode will spotlight Nicole and her team as they work alongside clients to overhaul spaces that don’t meet their modern-day needs—creating updated, functional dream homes that retain the properties’ history and charm."

Why Did She Take A Break From Television?

When a woman becomes a mom, all priorities in her life change. With enormous success on TV, Curtis took a long and deserving break from the limelight after giving birth to her second baby.

"I could just be at home, being a mom. When I had a chance for that to happen, I took it, because I didn't have that the first time around."

She made her comeback in 2021, with the new show HGTV's Rehab Addict Rescue

Nicole has been very actively working as a Television producer and has gained ma s sive popularity from her hit show. As of 2021, Rehab Addict host, Nicole Curtis's net worth is around $8 million. Besides, she is also a licensed realtor and interior designer, she earns over $65k and $48k in a year respectively.

On October 18, 2016, Curtis released a book called Better Than New: Lessons I've Learned from Saving Old Homes (and How They Saved Me) which is priced $9.17 for Kindle and $9.65 for Hardcover.

What Is The Current Relationship Status Of Nicole Curtis? Who Is Her New Boyfriend?

The television personality is in a relationship with Ryan Sawtelle, the Executive Director and founder of the White Heart Foundation, a military nonprofit. The couple reportedly has been dating since 2018. They first met after Curtis began following Ryan’s Instagram where he often posts about his then 8-year-old niece Arden’s battle with Diffuse IntrinsicCurtis.

“My heart is happy and having him near me brings a calm I’ve never known,” Curtis says. “Not that it’s been easy. Everyone has a great first few months rocking everything they have in common, but after six months you start digging into the other stuff and you either grow apart or negotiate those differences and move forward. And [you] have to make a decision to focus on the fun.”

The duo is very much together and seems very happy together. She confirmed her new love life back in July 2019 after sharing the picture of a couple kissing while Nicole was sitting in his lap.

CAPTION: Nicole Curtis with her boyfriend Ryan Sawtelle-She shared the news with this photo and captioned it: New Jersey and my man with the beard ... SOURCE: People

Later on, she confirmed that her new man is Ryan Sawtelle. She also said that they were looking at each other for over a year.

She has a son named Ethan with her former husband, Steve Lane. The couple divorced in 2009. In 2017, she opened about her legal battle with ex-husband Steve Lane.

CAPTION: Nicole Curtis along with her two sons SOURCE: People

Previously, she was in a relationship with Shane Maguire for several years. And the ex-couple has a son together named Harper. They had a long fight for the custody of their baby.

The battle started when her ex-filed new court doc u ments demanding sole custody in July 2018. She has been hit with new allegations from Harper’s father Shane Maguire claiming that "she is not a fit mother".

He also added that she is allegedly intentionally sabotaging the relationship between him and his son Harper, as per the legal doc u ments obtained by The Blast.

Following the allegations, Curtis sat with People Magazine and told them that she defends her family and she would fight for her son. She added:

As much as I would say that it has really not been fun having everything drawn out in public, I think it’s also changed the course of my life.

She also received the mix comments about breastfeeding her 30 months old son. Some of her followers commented it’s a great thing while others commented it’s taboo and ridiculous. They finally agreed to joint custody in October 2018.

CAPTION: Curtis while was being pregnant with her second baby posed for a quick photo session posing with her beloved dog SOURCE: People

In January 2016, Curtis was hara s sed with threatening calls and texts and following the incident, her mother filed a personal protection order against Curtis. In August of the same year, a judge denied her mother’s request and cleared that she could not heal family dynamics with the stroke of a pen.

Curtis also revealed that her father was threatened to go to the press with information about her.

Curtis once sparked the rumors that Nicole is pregnant for the third time which was an unusual prank by a rehab freak.

She is an avid traveler. Nicole brought an old house, renovate it, and gifted it to her grandfather. Her relationship with him is lovely, and they enjoy spending time.