Best known for portraying Black Noir in the Prime Video series The Boys, Canadian actor Nathan Mitchell has showcased his progressive acting prominence ever since he turned professional in 2007. Throughout his career journey, Mitchell made brief appearances in numerous TV series such as Flashpoint, Arrow, The Tomorrow People, and Supernatural.

Age & Height- When and Where Was Nathan Mitchell Born?

Mitchell was born on December 6, 1988, in Mississauga, Ontario, Canada, which makes his age 32 as of March 2021. A Canadian by nationality, Nathan has Jamaican-Trinidadian heritage. So far, he has 2 sisters: Maya Mitchell and Nyla Mitchell., but is tight-lipped about his parents.

Nathan Mitchell made his acting debut in 2007 as the recurring cast Jeffrey in Aliens in America and took 3 years hiatus later before returning on-screen in 2010; made guest-appearances in Flashpoint, Covert Affairs, Unnatural History, How to Be Indie and Falling Skies.

Between 2013 & 2014, the Canadian actor made a 2-episode appearance in The Tomorrow People, and afterward, was cast in brief roles in The Lottery, Cedar Cove, Rush, Arrow, and Motive; all in 2014. 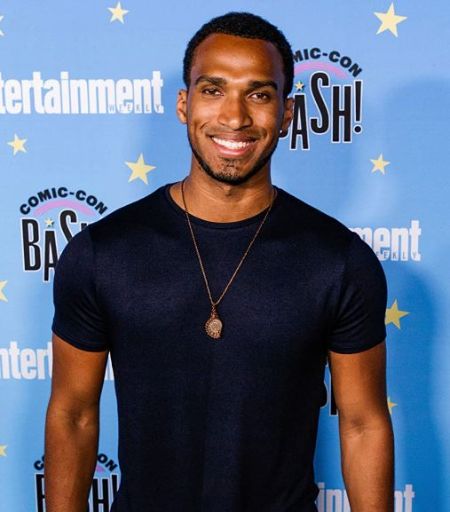 In 2017, Mitchell made brief TV appearances in Supernatural and Rogue, along with TV movies: Psych: The Movie and Doomsday. The actor made his feature film debut in 2018 through Scorched Earth starring Gina Carano, Ryan Robbins, and John Hannah.

Portrayed Black Noir In 'The Boys'

In 2019, the Canadian actor landed as one of the main casts, Black Noir, a superhero, in the Prime Video series The Boys sharing the screen with Karl Urban, Jack Quaid, Antony Starr, Erin Moriarty, and Dominique McElligott. It proved to be his career breakthrough. 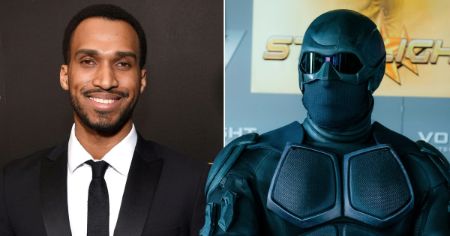 How Much Is Nathan Mitchell's Net Worth In 2021?

Throughout his career journey of more than a decade, Nathan records 26 acting credits- most notably in iZombie and The Boys. As per online sources, the Canadian actor currently in his early 30s has a net worth of $1 million as of March 2021. While his salary from The Boys is yet to be out, Michell allegedly pocketed tens of thousands of dollars per episode.

Is Nathan Mitchell Married or Dating?

While Nathan barely has barred over his professional career journey, it turned quite opposite when it comes to his relationship story. No report on his dating story or married life ever came up. At the moment, Mitchell doesn't have any publicly disclosed girlfriend or even has a trace of any past relationships.

Surely, the Canadian star knows to maintain privacy. While there is no confirmed relationship status of Nathan is out, some sources argue about him being single currently, Moreover, on his Instagram account (@itsnatemitchell) with over 83K followers, Mitchell mostly posts about his on-screen projects.