Dominique McElligott is a popular Irish actress who primarily appears in independent films. She is best known for starring in the movie Moon. Likewise, she also grabbed attention for her appearance in the television shows such as Hell on Wheels, The Astronaut Wives Club, and  House of Cards. Recently, she is known for the role of Queen Maeve in the television series The Boys.

Dominique McElligott was born in Dublin, Ireland on March 5, 1986. By nationality, she is an Irish, whereas her ethnicity is white. She prefers living a low key life, thus, the information about her parents, siblings, and education is not available.

In 2008, the talented actress worked in films like  Dark Floors and Satellites & Meteorites, and TV series Being Human. The following year, she played Tess Bell in the film Moon and TV series The Philanthropist.

From 2011 to 2012, Dominique featured in TV series Heel on Wheels alongside Ben Esler, Phil Burke, Christopher Heyerdahl, Jake Weber, and others. In 2011, he appeared in two more films like The Guard and Blackthorn. 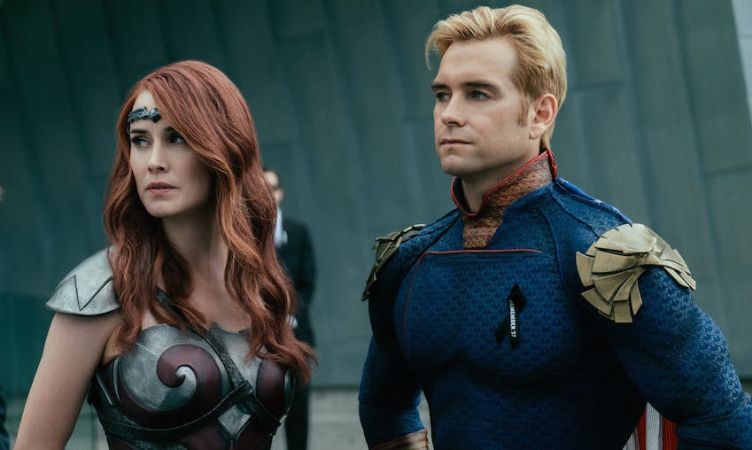 CAPTION: Dominique McElligott as Queen Maeve along with her co-actor SOURCE: the spinoff

Furthermore, she served in the movie series Not Fade Away. Some of her more work credits include The Astronaut Wives Club, House of Cards, The Last Tyc* * n, and The Boys.

The gorgeous actress has not disclosed her net worth, but according to some online source, she has a net worth of $1.2 million. She earns a handsome salary from her acting career.

Additionally, she has appeared in some advertisements and commercials which helped her to build such a high figure net worth. Here are the lists of her few films along with it's budget and box office:

Moving towards Dominique McElligott's personal life, she is successful in keeping her personal life away from the media. To date, she is never spotted with any guy besides her male friends of the industry who can be claimed as her boyfriend or lover or partner.

Recently, she has appeared in the TV series The Boys and shares an excellent bond with her co-stars Karl Urban, Jack Quaid, Antony Starr, and others.

For now, as per reports, she is not married and single as there are no records of her affairs and relationship.