American actor, director, and producer, Mykel Shannon Jenkins is well-known for his outstanding role in several TV shows like Double Jeopardy as Doorman (1999) and The Bold and the Beautiful as Det, Charlie Baker (2007-2012), Undisputed 3: Redemption as Turbo (2010), and The Gods as Mikey James (2017). Further, he is also a winner of the first season of the reality television series, I Wanna Be a Soap Star.

Mykel Shannon Jenkins was born on 3rd July 1969 in Biloxi, Mississippi U.S, under the birth sign Cancer. He belongs to Afro-American ethnicity and holds an American nationality. He, along with his siblings and family, moved to New Orleans, Louisiana.

Regarding his education, he went to the Bonnabel High School and later, got enrolled at the Loyola University in New Orleans, Louisiana. During his school days, he was a nationalist in drama, speech & debate.

Soon after graduation, Mykel Shannon Jenkins began working as a waiter. Later, he served as the host of New Orleans’ WB38 Kids' Club for more than four years.

After that, he immediately began studying his craft at the Beverly Hills Playhouse. In 1999, he debuted in the big screen from the American neo-noir adventure crime thriller film Double Jeopardy alongside Ashley Judd, Annabeth Gish, Spencer Treat Clark, and others. 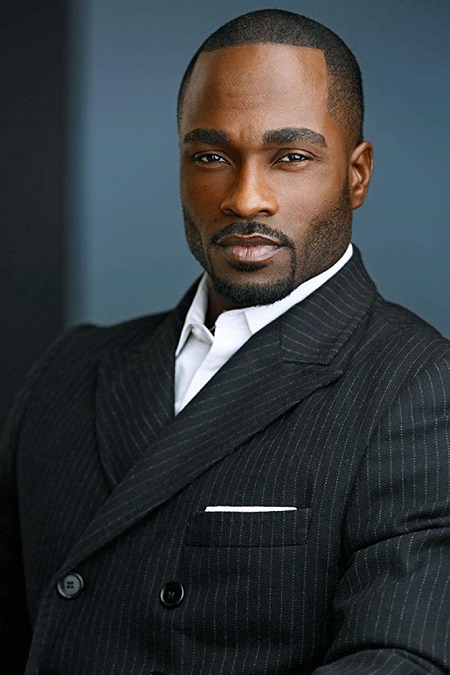 As of now, his recent appearance was in American television series, The Rich & the Ruthless as Derrick Taylor from 2017 to 2019. He was cast along with Robert Ri'chard, Alesha Renee, and others.

Moreover, he has also been a part of several movies. Here is the list of some movies in Boxoffice collection;

With the huge fortune, Jenkins lives his life to the fullest and goes for some exotic vacations with his nearest and dearest. To add to this, he is also a fitness trainer, who trains others because he can a s sist in more than just physical development.

As of now, Mykel Shannon Jenkins is a married man. He is enjoying a marital relationship with his life partner/ wife Tracy Villemarette who is a  former New Orleans area attorney. The pair has not disclosed details regarding their wedding ceremony, married life, and relationship.

However, the couple is also blessed with a son, but the name has not revealed yet. For now, it seems like, the pair, who got married a long time ago, is enjoying a healthy married life with no divorce issues.

For more information about your favorite celebrity, follow Article Bio.